‘Jackson Hole’ (JH) -the annual central bankers get together is usually a highly anticipated event, as it allows a coterie of the world’s top central bankers to wax lyrical about the global economy, interest rates, inflation etc. In recent years the televised event has been used to explain the thinking, provide rationale and monetary guidance ‘in one hit’ so to speak.

What happened this year?

In an 8 minute speech that Federal Reserve chairman Jerome Powell said would be ‘brief’ and ‘narrower in scope’, compared to previous meetings, he made three major points:-

In relaying his approach going forward, Powell made clear he would err on the side of caution. The ‘historical record cautions strongly against prematurely loosening policy’. This was a clear reference to current thinking that the Fed would suddenly pivot to lower interest rates in 2023 in the face of an economic slowdown. He will stick to a) and c) to ensure b). 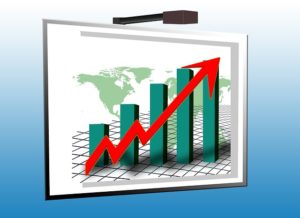 ‘Inflation feeds on itself and we must break its grip.’ Powell made clear that the pandemic had shut down parts of the economy hence supply factors had been constrained. This had allowed inflationary pressures to spread to the service sector. The Fed is working on aggregate demand, hence it can only manage demand side factors as supply has normalized. Its management tool is interest rates, which will cause some pain in the short term.

‘It is correct to say inflation is a global phenomenon and other countries have higher inflation than the US however we need to act with resolve now’ to moderate demand. Powell seemed concerned that inflation is becoming more entrenched globally’. There is a sub text that the US recognizes it is in the same boat as other major economies and its approach will not be singular – other central banks will do the same.

‘Expectations of neutral rate at around 4% by the end of 2023 – but neutral is not a place to pause or stop’. This suggests the central bank will move to levels above the 4% neutral rate.

In September, the central bank will review the totality of the data since the last meeting. It remains data sensitive and will be guided accordingly, hence inflationary surges might lead to higher incremental steps than 0.75%.

Powell’s decision to end ‘forward guidance’ over the summer has left some people baffled, however the move has also galvanized thinking that the central bank has recognised that its ability to predict outcomes in this environment is diminished. It is risking far more of its own credibility to have forward guidance in place, if that guidance quickly becomes dated or wrong. By ending forward guidance, Powell has allowed the Fed the room to manage a wider range of outcomes and more time to deal with the inflationary problem.

The first point to make was Powell said he was shortening his speech and narrowing its focus. This is an oratorical device designed to focus the minds of the audience. Hence this JH speech was markedly different.

The message that Federal Funds rate must rise further, and beyond ‘neutral’ levels of 4% suggests Powell will continue to lift interest rates into 2023 possibly to 5%, more than double current levels.

The point of JH seemed to be to destroy the notion that somehow the Fed will pivot to low rates next year. This was always somewhat delusional, given current inflation realities. July and August gains have taken place during low liquidity periods and are counter intuitive. Powell is not against market gains per se, but he is against an incorrect set of assumptions taking hold about the future path of monetary policy.

Finally, chair Powell seems prepared for an economic slowdown and this is a price worth paying to get inflation down. He did not give any inkling about the time required to ‘get the job done’ – it could be the next 24 months.