US Interest rates – Will it impact?

US outlook – Fed Funds rate rise might not be too disruptive

Volatile commodity prices, competitive devaluations, emerging markets problems and gyrating global markets leave investors clinging to the hope that the US Fed will not raise interest rates. Are there grounds for a US rate hike?

The US Federal Reserve meeting on 16th-17th September is an immediate focal point. Speculation centres on monetary policy and the US Federal Funds rate. Will it be moved up from the 0%-0.25% rate range set on December 16th 2008? 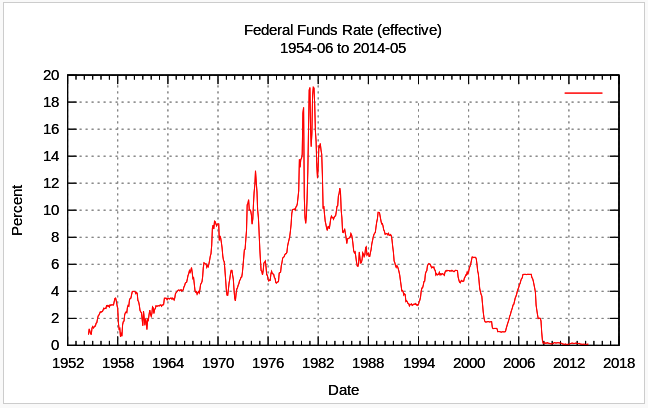 The US Federal Reserve has not provided guidance on where it sees interest rates normalising or peaking saying only that rate changes will be “data dependent” and gradual. This contrasts to the Bank of England which sees peak interest rates rising to half of its pre-crisis nominal rate of 4.5% hence 2.25% – the “forward guidance”.

Whilst it seems counter-intuitive that a central bank would raise interest rates given fragile global markets, it could be that the governors take the view that the US economy is accelerating quickly and inflationary pressures will reassert themselves.

Part of the problem is near zero inflation due to the oil price collapse. This triggers a one off benefit in the inflation numbers during the 12 months following the drop. This effect then drops out of the statistics. Hence current inflation is very low but this effect is transitory if commodities/ crude oil recover. The central bank needs to estimate whether or not inflationary pressures are in evidence.

The US economy is insulated from events in Asia, only 13% of its GDP is export related. Its largest trading partner, Canada has been in a technical recession (negative GDP growth) in 2015 yet this has not impacted US GDP growth estimated at 3.7% in Q2 2015. The US has continued to generate jobs with unemployment now down to 5.1% from over 10% at the start of the first Obama term in 2009. The domestic US economy is also generating annual wage growth of 2.2%, an inflationary pressure. “The role of the central bank is to take away the punchbowl just as the party is getting good”; former chairman of the Federal Reserve McChesney Martin. It seems the economy is getting strong.

Global brewer, SAB Miller whose brands include Peroni, Coors, Grolsch and Miller Lite operates in over 80 countries. The business experienced high organic and acquisition related growth post the purchase of Miller Brewing from Philip Morris in 2008. In FY15 EPS fell to $2.057 from $2.118 due to negative currency effects offsetting organic growth in Latin America and African markets. However SAB’s American business should benefit from the strong US consumer.

iii) 49.2% revenues are sourced in Latin America and Africa. In 2014 currency depreciation in these continents exceeded the growth rate of local operations.

JPM Claverhouse is a UK focused medium sized investment trust holding 68 UK blue chip stocks. The trust’s total returns in the 6 months to end June 2015 was 4.2% ie ahead of the 3% return for the comparable benchmark. There is an impressive track record of dividend growth (dividends have grown in each of the last 42 years) (2015 dividend 16.5p v 10.95p in 2005). The trust’s investment managers William Meadon and Sarah Emly have a positive medium term outlook for UK equities whilst recognising short-term uncertainties in Greece and China. Current levels of gearing are 15.5% –  the managers have a discretion to vary the level of gearing to +/- 7.5% from 10% hence from 2.5% to 17.5%.

The JPM Claverhouse IT reports net assets daily and top ten largest investments monthly. JCH has sold off from 640p to 601p with net assets now valued at 604.47p (7th Sept 2015). Whilst this 0.5% discount is small it reflects the Claverhouse managers’ track record of returns. In the last 3, 5 and 10 years the Claverhouse net asset per share total return has exceeded the benchmark by 15.3%,12.3% and 7.2% respectively.

iii) The use of gearing during a period of weak asset prices is likely to lower net returns.