As far as I can see, the 2020 Presidential election is Joe Biden’s to lose. No incumbent President has gone into an election with such a poor economic backdrop, not since Jimmy Carter in 1980, who presided over double-digit inflation.

Carter’s final months saw a failed attempt to rescue US embassy hostages. The ‘Operation Eagle Claw’ airlift ended with US helicopters burning in the Iranian desert. It was a sort of fitting end for the beleaguered Georgian who had seen UFOs and been attacked by giant rabbits. But since leaving the White House, the 96 years old 39th President has restored his reputation via hard work and diplomatic achievements. Carter won the Nobel Peace Prize and is widely lauded as America’s best ex-President.

Donald Trump, as an ex-President, brings to mind the 1991 film ‘Point Break’ where a gang of masked surfers styling themselves as the ‘ex-Presidents’ rob Californian banks. Could Trump become Carter, a successful ex-President? Could he achieve partial restoration, as a top presidential adviser, as Richard Nixon did? Remotely possible, but neither are wagers I would take. Out of the political arena, Trump would revert to type, a non-politician with no political objective, engaged in self advertisement.

In 2016 I was aghast at Trump’s victory. I have been concerned at his inability to handle the presidency’s challenges including setting an example appropriate for the holder of the office. But since C-19 arrived, my distaste for Donald Trump has been sidelined. C-19 is a bigger, closer to home, indeterminable problem, and Donald Trump is an issue, I expect the US electorate to fix.

In an online debate over summer, a group of former classmates and I discussed whether Trump would suddenly withdraw from the race, as Lyndon Johnson had in 1968. I thought this unlikely, reasoning that Trump would gamble on the polls being wrong, the race narrowing and a surprise outcome, basically a re-run of 2016. I got that right!

But the final month is important. As we discussed, in his final month, Johnson restarted the Paris peace talks, a move aimed at giving his vice president Hubert Humphrey’s campaign a shot in the arm. The polls narrowed quickly and the ploy almost worked. Could C-19 somehow help Donald Trump? Many have suggested his diagnosis of mild symptoms of C-19 are a quest for sympathy aimed at winning back the elderly and female voters. We should remain mindful of last minute tricks.

We must all wait until November 3rd, but for now I am taking the position that Donald Trump will lose the 2020 election. The fact is Trump’s chaotic approach to C-19 has lost the elderly vote and not only do the elderly vote at a higher rate than any other age group, they are most vulnerable from C-19.

What has Biden promised?

The former vice president Joe Biden has significant decades long Washington experience. In 2016 that would have been a liability but given US unemployment and the impact of C-19, not this year I suspect. The lack of any tangible scandal attaching to Biden, gives him a sort of halo / Teflon quality, that makes character or judgment attacks very hard. Biden’s age is the only tangible negative with many suspecting he will only want one term in office. However, that is not a problem for 2020.

Biden’s centrist stance, his embrace of US multilateralism, support for NATO, desire to expand Obamacare, reverse Trump’s policies to separate illegal immigrant parents from their children, expansion of tuition – free college harks back to pre-Trump in a conclusive way. Biden has a near Keynesian approach to the economy titles “Build Back Better”. The key economic plan includes:- 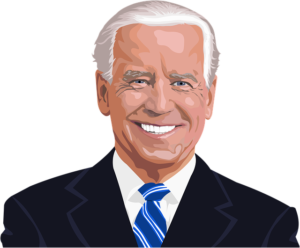 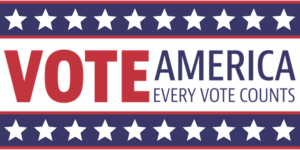 Biden’s focus on the Keynesian “demand side” is at odds with the recent US trajectory of “supply side” i.e. tax cuts that America funds by putting the new debt on its credit card. The Trump presidency supply side approach is on course to add $7tn to the debt taking total debt to $27tn from $19.9tn. The ideological basis for the Trump debt run-up, the failed Laffer curve theory, as taxes are cut, more revenue is generated due to lower tax avoidance/ higher GDP growth is an approach that was widely discredited in the late 1980s.

Biden has been a bit vague. The sell-off in pharmaceutical companies is in part due to concerns that Biden’s ideas on drug pricing, and restrictions on drug prices at launch, eliminating tax deductions for DTC ads will eat into Big Pharma’s pricing power.

What does Biden think about big tech’s very low tax payments? Will he want to defend the US tech sectors negligible tax payments overseas? Hard to be definitive.

A key test for Biden will be both securing the US economic recovery and stabilizing Washington’s out of control spending. This may well involve cutting back on America’s vast overseas spending commitments.

Investors should not fear the US election

UK investors have had very tough 2020 to date. Q4 has now started. There is near desperation to see positives on the horizon. Call it investor fatigue, or being in a punch drunk state, the 2020 declines have been of a magnitude not experienced in some sectors (oil & gas, banks, retailers, telecoms, travel & leisure, property) since the 1974 bear market. But Q4 should see clarity in some key areas.

*Brexit – I remain hopeful that an accommodation with the EU can be found that minimizes disruption post 2020. Given the UK’s insistence on going over the head of EU chief negotiator Michel Barnier and negotiating with EU heads of state, this was always had the character of a last minute eBay auction.

*US Presidential election – Investors are near to pricing in a Biden win in the run-up and are right to do so. I also suspect a Biden win and more conventional leadership will be welcomed globally. We think a 5% upside is achievable, Dow 29,000 is possible in Q4.

*C-19 vaccine – I think has the most scope for disappointment. It may well take 6 months to have a reliable and available vaccine. I expect C-19 restrictions to remain in place over most of Q4.