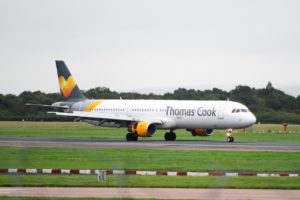 President Trump is facing a Congressional Impeachment inquiry after a whistleblower reported to Congress having witnessed Trump abusing his powers by seeking to pressure a foreign leader to open an inquiry into former US Vice President Joe Biden.

Hong Kong Exchange made a takeover approach to the LSE, which was promptly rejected. The board of HKEX has since said it will woo LSE holders with an improved offer.

The Financial Reporting Council (FRC) has issued a revised going concern standard following a spate of corporate failures in which auditors had failed to flag up concerns about the company’s viability.

UK government declined to provide financial assistance to Sirius Minerals during its talks to secure US$500m of extra bond financing from investors.

Prudential expects to divest its M&G fund management business no later than the 21st October.

As October 31st approaches, could it be that investors are taking a sanguine, long term view whatever the outcome? Key to this perception is the view that Johnson, unlike May, will not seek to extend EU membership, come what may.

The September rally, a 201 point gain, from oversold levels during August suggests investors remain cautiously optimistic of an agreed Brexit deal. It might be heretical to say this, but could October 31st come and go without drama? It is possible. Volatility has been declining. It seems likely there will be Brexit “stabilisers” in the form of lower interest rates, according to Mike Saunders, BoE MPC member.

Airline / holiday companies, Dart Group, Easyjet, Ryanair, TUI were the major beneficiaries of Thomas Cook’s collapse rising c. 12%-15%. All UK providers should see increased market share and higher prices given the loss of Thomas Cook’s cheap short haul capacity. A second order effect will be the easing of staff shortages/ pressure on airline pay. Brexit is likely to impact the sector if sterling rises back to US$1.30.

Ahead of the PRC’s 70th birthday the Beijing government made a significant concession in withdrawing its controversial extradition bill. This would have deprived Hong Kong citizens of their rights to a fair trial by making it possible to legally extradite them to China. However celebrations were short lived. Hong Kong’s young protestors responded by with further demands including an amnesty and political change. The episode demonstrates both deep social problems integral to Hong Kong’s organization and also the demands for democratic reforms and accountability which have fallen on deaf ears for well over a decade. The HK protests suggest deeper social reforms are required which look undeliverable.

Jack Ma, China’s wealthiest individual and illustrious founder of Ali Baba stepped down handing the reins to Daniel Zhang who “has the critical thinking skills of a super computer” according to Ma. US investors have been cautious about Ma’s exit sending the shares down to $167 some way from $195.72 highs in early May.

The ECB’s move to reduce the deposit rate to -0.5% and embark on a new round of bond purchases has impacted bond yields with negative yields remaining all the way along the curve. The ECB left its benchmark rates at 0% rather than imposing negative rates on savers.

Pressure is growing on Berlin to provide fiscal stimulus as a means of boosting GDP growth and countering the China induced export slowdown. This is despite the 2009 “debt brake” which limits the federal structural deficit to 0.35% of GDP. Whether Chancellor Merkel will embark on payroll tax cuts will possibly depend on Q3 GDP growth (likely to be negative) and internal pressures within the CDU.

US markets are shrugging off President Trump’s impeachment saga, due to the Republican Senate majority. The Congressional impeachment inquiry could dominate the news for the rest of 2019. The handling already looks un-presidential with Trump accusing people of treason and demanding to meet the whistleblower. At the heart of it appears the odd position of a US President asking foreign leaders for help attacking US politicians.

US techs lagged blue chips over September, exemplified by the Microsoft $40bn share buyback (3.8% of share capital) and 11% dividend hike which elicited only a muted response. Microsoft reported revenues jumped 12% over the Q2 2019 period. Apple Inc climbed 9.3% to $224 per share over September helped by the iCard launch.

Despite the Fed’s rate cut, the US yield curve remains inverted between the 3 month and 10 year maturities. The plan to introduce a 50 year and 100 year US Treasury bond is under consideration and might help restore a normal yield curve, when it arrives.