OPEC agrees to cut by 700k bbls per day 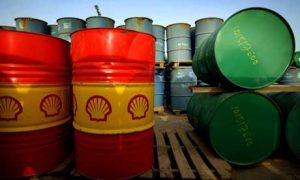 The Organisation of Petroleum Exporting Countries (OPEC) agreed to cut oil production contrary to market expectations and earlier statements from their Algerian hosts.

The “agreement” will aim to reduce OPEC output to between 32.5m – 33m barrels per day a drop of 700k barrels at the lower band point from current output which has been estimated at 33.2m barrels. However whilst this deal has happened at “group level”, the individual OPEC members have not agreed their respective quota cuts. This detail will be handled at the November meeting.

OPEC has often struggled to keep members to output quotas. Some overproduce deliberately, others make a temporary attempt at keeping to their quotas in the months following a deal. On this occasion OPEC has not done its homework on the details of the production cut, hence this looks like an “agreement to agree” in November, it buys time only.

Key to this “agreement” will be the approach of Saudi Arabia, UAE and Kuwait – the OPEC core group of Gulf states. Will they keep to a quota system? Recent output from Saudi Arabia has run at near record levels, the objective being to maintain market share in Asia/ Far East. A reduction in oil sales suggests Saudi Arabia gives up sales and market share. This runs contrary to recent statements from Prince Salman to the effect that Saudi needs to reduce oil reliance and will not cut production unless Iran and others agreed to do the same.

One reason for this agreement might be the growing dissent within OPEC between Venezuela, Nigeria and other smaller players (who need high oil prices) and the core Gulf group (who can afford lower oil prices). Maybe the OPEC leadership saw value in showing solidarity for the sake of OPEC credibility?

A valid criticism of the much derided OPEC quota system has been that it benefits non OPEC. If OPEC refrains, supplies are added from elsewhere. Russia the largest non OPEC producer, is often seen as a “freeloader” by the core OPEC group, as it has always optimized short term production. Russia is a direct beneficiary of a deal to cut OPEC output. The higher oil price benefits higher cost producers such as Norway and the UK, and US shale oil – bringing onstream marginal oilfields, also adding to supply.

The markets were caught offguard last night, they were not expecting any agreement in Algeria hence the jump in Brent to $48.65/ bbl this morning. This deal will need far more work to maintain current oil prices and start a situation in which the vast global oil inventories can start running down. We are skeptical given the low credibility and commitment to this announcement.