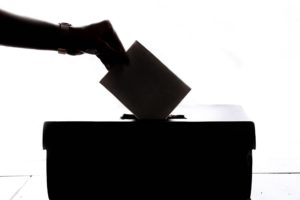 PM Boris Johnson has called a General Election for 12th December 2019 to break the Parliamentary impasse over Brexit.

Prudential demerged fund manager M&G with shareholders receiving shares in proportion to their Prudential holdings. M&G is in the UK blue chip index.

Hong Kong Carrie Lam announced Hong Kong will experience a recession in 2019 due to the upheaval caused by popular unrest.

HSBC reported Q3 profit attributable to shareholders fell 24% to $3bn due to lower client activity in its global markets division. The board said HSBC would not meet return on equity targets.

Just Eat takeover by Takeaway.com faces a challenge from Prosus which has offered Just Eat shareholders an offer worth 710p in cash.

Schroders took over the investment management mandate for the Woodford Patient Capital fund after the resignation of Neil Woodford.

A tale of two halves, the first half of October saw considerable interest in UK focused shares on the expectation the UK/ EU deal would be ready for Brexit on 31st October 2019. The sharp appreciation in sterling which accompanied the equity move led to a sell-off in the heavyweight UK multinationals that dominate the top 20 companies by market cap.

Sadly the Letwin amendment destroyed the UK government’s Brexit timetable. Johnson opted for a third extension which buys sufficient time for a General Election. UK multinationals rallied whilst UK focused gave back approx. half of their gains as election risk was priced into UK assets yet again.

UK banks had a tough Q3 blighted by PPI provisions, restructuring charges and lower net interest margins. Despite the HK upheaval Standard Chartered reported a solid Q3 with 4% profit growth. The Takeaway.com all share offer for Just Eat was looking a lost cause before the Prosus cash offer. We expect the Just Eat board will switch horses soon.

HK CEO Carrie Lam’s official forecast that Hong Kong GDP would be negative over 2019 met with limited response, and no abating of the protest movement’s efforts. As far as HK’s young protestors are concerned the CEO’s puppet leadership and 20.2% popularity rating leave her lacking authority.

The Hang Seng bounced over October from an oversold position. The US is warning Beijing away from military intervention. It remains to be seen for how long this restrains the Chinese leadership. A military occupation of Hong Kong would be clumsy move by China and negative for assets. 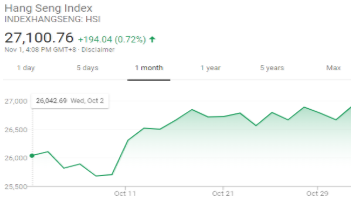 The ECB’s leadership transition is complete with Madame Lagarde now bank chief. The new leadership is keeping its highly accommodative negative ECB rates. The issue is more the declining impact of this ongoing stimulus.

One feature of Draghi’s ECB tenure was his frequent pleading with EU politicians to embark on structural reforms in particular budget, labour and debt reforms. That proved a fruitless endeavor. Now monetary policy has delivered its maximum benefits, his successor faces the task of eventually having to withdraw stimulus without compensating reforms.

Tiffany Inc is holding out for a big improvement in the $120 per share cash offer from LVMH. However it has been reported that CEO Bernard Arnault will not raise about $125 per share (c. $15bn). It is reminiscent of LVMH previous move against Hermes in 2014 when LMVH walked away from the takeover, rather than overpay, despite accumulating a 23% stake. Curiously the LVMH share price has barely budged suggesting the perspective in Paris is a deal is some way off. 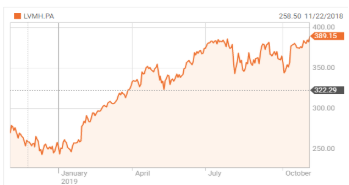 Now the House of Representatives is proceeding with the impeachment inquiry the focus of US politics, as in previous impeachments, will shift from the White House to Congress. This simple fact has caused President Trump to increase his attention seeking via threats of trade wars, twitter tirades, berating the US Federal Reserve, out of the blue military withdrawals etc. Are US equities more risky as a result? Possibly US investors are used to it.

The latest Federal Reserve rate cut, presented as an insurance policy against a global slowdown, takes rates down to 1.5%-1.75% but curiously this increased yields at the long end hence increasing US mortgage payments tied to the 30 year bond. 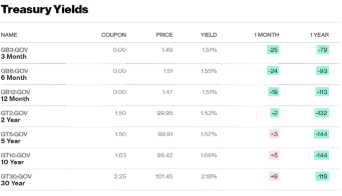