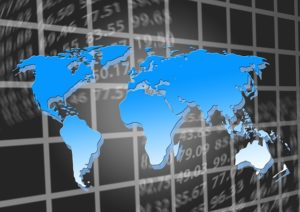 Global equities endured a torrid October with the MSCI World Index down by 9.6%

Italy and EU remained deadlocked after the EU rejected the Italian budget as breaching conditions.

UK Budget brought forward a rise in the personal tax allowance in the higher rate threshold to April 2019 as well as injecting £1bn into the MoD to fight cyber threats.

GE reported a $22.8bn Q3 loss and plans to split its power division. The dividend was cut to 1 cent per quarter.

Amazon lost $250bn in market capitalization in the last 2 months – it took Amazon 18 years to reach a $250bn market cap. The CEO Jeff Bezos was criticized for remaining silent on Jamal Khashoggi who was a columnist at the Washington Post, owned by Bezos.

Restaurant Group is buying Wagamama for £559m with £315m worth of funding secured via a rights issue.

Intu Properties received a takeover proposal from John Whittaker for 210.4p per share. The consortium has until 15th November to make a firm offer.

The 5.1% drop in UK equities over October was significant given the summer sell off context and ongoing political uncertainties driving sterling lower (normally a positive for UK blue chips).

The “Brexit” grind is nearing conclusion, reducing the risk of a highly disruptive UK exit from the EU. We are told a UK/EU deal is possible before Christmas, an event which will dominate the remainder of 2018.

WPP delayed to December its strategic decision on Kantar and driving stalled EPS growth. WPP will concentrate on lowering debt and repositioning the media giant to counter threats from Google in digital advertising.

Shanghai (-7.7%) and Tokyo (-9.1%) bore the brunt of the global October sell off with both indices in the red for the trailing 12 months. Whilst the Tokyo move partly reflected the rise in the Yen as a safe haven asset, the worries in Shanghai focused on stumbling Sino- US trade talks and the government’s willingness to allow Yuan depreciation as a means of improving competitiveness. 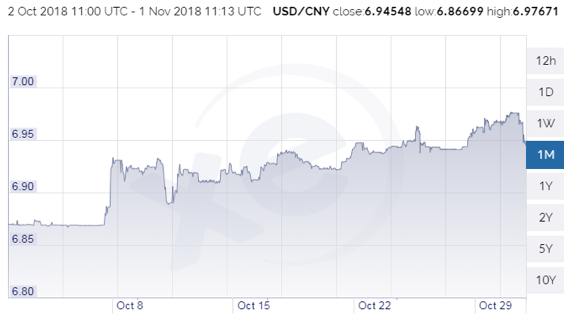 But the Chinese government has cracked down on border security and travelers returning from Paris and Tokyo with undeclared luxury goods. Chinese consumers account for 2/3rds of the growth in global luxury goods demand. The move seems designed to get Chinese consumers to rein in spending on overseas goods. 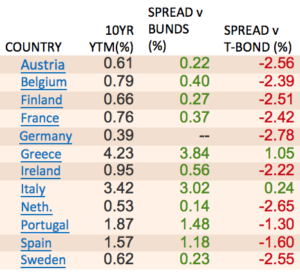 The catalyst for the October US sell-off was a speech by Fed Chairman Jerome Powell on October 3rd that made clear the central bank planned to push Federal funds above the “neutral rate” to prevent overheating. It was taken as meaning the Fed would remain on its path to hike interest rates regardless of President Trump, higher bond yields or the risk to US equities.

The Fed’s vigilance is in response to the procrastination of former chair Janet Yellen who kept rates low for far too long, and the Trump fiscal stimulus that has led to higher US inflation and the overheating risk. The new leadership believes US monetary policy needs to catch up. That message is understood, US interest rates are rising, it will push up global interest rates, and the decade of cheap money is ending.

The drop in US tech names looks like froth being blown off. Apple, Alphabet, Microsoft are highly profitable companies whose valuations adjusted for cash (enterprise value) do not appear excessive. Still US equities have to contend with a stronger US dollar as higher rates feed through, which is a problem for the global techs.