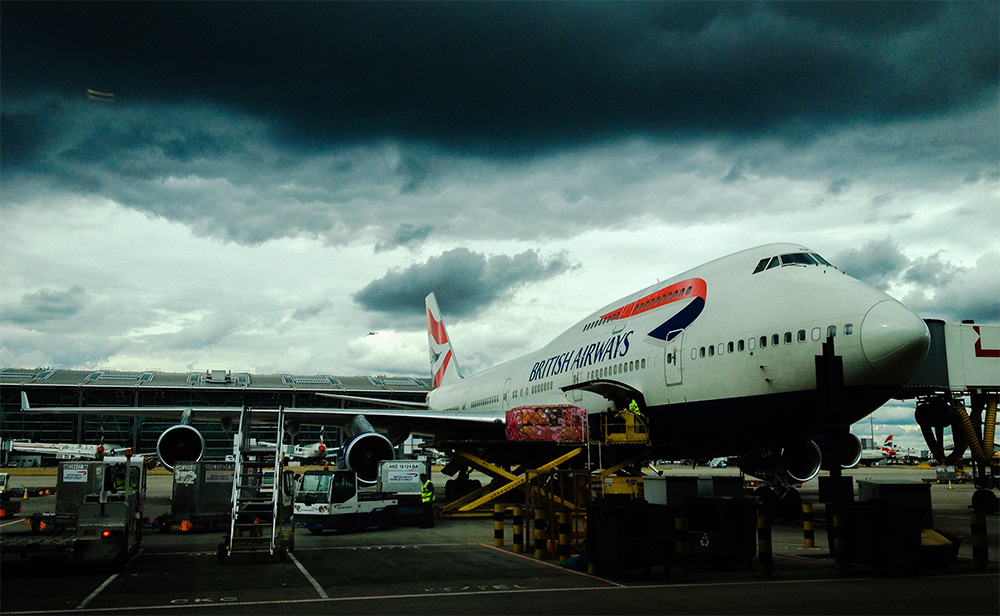 Sterling ended October 2016 very weak at just $1.221 and €1.114 despite speculation that the Bank of England will put off any further cuts to interest rates owing to the inflationary impact of the weak currency.

UK Government consented to a third runway at Heathrow airport. The new runway will be complete by 2025 and involve the demolition of 783 homes. Foreign Secretary Boris Johnson has claimed the project is “undeliverable”.

EU & Canada signed the “Comprehensive Economic & Trade Agreement” concluding seven years of negotiations. It is the first such agreement concluded between the EU bloc and another G7 country.

Bank of England Governor Mark Carney has said the decision to stay on as Governor for his full eight year term is his alone to take.

Non OPEC countries struggled to agree to commit to production cuts at early consultations in Vienna, ahead of the regular OPEC meeting on November 30th.

Barclays reported Q3 pre-tax profits of £2.9bn after an additional £600m charge for PPI. There was a positive £10bn drop in non-core assets to £44bn.

Sports Direct extended its share buyback to £261.4m or c. 15% of its outstanding shares. The repurchased shares will be held in treasury.

RBS booked a Q3 loss of £469m after additional £425m in litigation and conduct costs. Operating profit at £1.33bn was ahead of expectations.

The PM’s Conservative Party Birmingham conference speech criticized the Bank of England’s quantitative easing program and the post 2008 framework that introduced indefinite crisis era interest rates. The PM pointed out that the burden of austerity measures fell disproportionately on lower income families whilst wealthier people, and those with high debts, had been enriched by central bank policy.

This speech was problematic as it set out for the first time, the PM’s views and played up to post referendum rhetoric that has discussed the disparate wealth gaps in the UK and the aim to create a “Britain that works for everybody”. It seemed to blame the Bank of England for exacerbating the UK’s generational imbalances.

The May speech suggested the UK government would seek a “hard Brexit” where access to the EU single market is sacrificed in return for immigration controls. The EU leadership has consistently said the UK will have to observe its four principles including allowing freedom of movement.

Former PM Tony Blair commented the “UK needs to keep its options open” providing the first bit of good sense on the matter. The negotiations will be difficult as we are not dealing with businessmen, (who might well want to give the UK EU access) but with European heads of state and their parliaments.

The Chinese Yuan had a bad October dropping to near 52 week lows v US dollar as the People’s Bank of China continued to guide the currency lower. There was significant evidence of resumed capital flight out of China. This was despite a resilient GDP read of 6.7% (19th October) and stability in China’s property market.

Both China and Japan are competing to invest the Philippines despite the fascist aura of the Duterte government which is moving away from the USA. 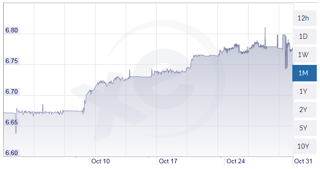 Honda Motors, Japan’s third largest automaker, has forecast 2016 profit will hit ¥415bn($3.95bn) up ¥25bn from its previous forecast of ¥390bn. The Honda board expects higher global sales due to strong Chinese demand (revenues +26%).

The Eurozone reported Q3 growth of 0.3% suggesting the ECB’s efforts to revive economic growth are achieving modest results. The asset purchase programme (the ECB has already acquired over €1trn assets) has a mandate to purchase €80bn of bonds per month – a purchase order widely seen as the maximum possible given the underlying liquidity.

ECB president Mario Draghi has made the point that he is doing all he can [on the monetary policy front] now politicians must achieve structural reform.

The Euro is proving a “safe haven” at the moment, given the uncertainties inherent in the US and UK notwithstanding negative Euro deposit rates.

US equities remain firm after a wobble during the afternoon of Friday 28th after investors reacted to the FBI re-opening an investigation into Hillary Clinton’s emails.

US capital markets (both bonds and equities) remain almost certain of a Clinton victory – they had better be right! We are convinced a Trump victory would be taken very badly by US and global markets.

US Q3 GDP growth at 2.9% – the strongest quarterly read in two years suggests momentum in the US economy. The Q3 number was helped by strong US exports.

Exxon Mobil reported Q3 EPS of $0.63 v $0.60 expectations but revenues were $1.9bn below expectations due to the combination of lower oil production and low oil prices.