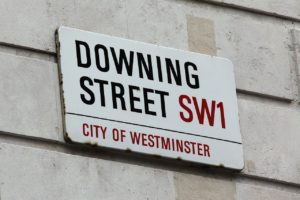 UK opinion polls have pointed to a significant lead for the Conservative party ranging from 7 to 12 points. The election campaigns are underway in the run-up to the December 12th election.

Labour will nationalize broadband provider Openreach and will make high speed access freely available across the UK, if it wins office. Labour’s £20bn budget was widely seen as insufficient.

Aviva capital markets day clarified the board’s approach to its Asian subsidiaries, it will now retain its Singapore and China businesses whilst selling its Hong Kong, Indonesian and Vietnamese operations.

Hong Kong CEO said the government will listen to the public with an open mind after pro-Beijing candidates were defeated in local elections.

Wincanton withdrew from the race for Eddie Stobart Logistics claiming the board had not made sufficient details available to enable an offer.

De La Rue reported a £9.2m loss due to a decline in currency manufacturing margins and passed on its dividend.

The run-up to the 2019 election is proving different to 2017 with opinion polls, so far not moving much. The campaign activity looks low as well. Voters seem exhausted by the political upheaval since 2016.

The Labour manifesto by detailing its full economic plan went a bit far in detailing its marked shift to the left encompassing a raft of nationalisations and asking voters to back an expansive state. But as the Andrew Neill/ Jeremy Corbyn interview pointed out, Labour has not bothered to identify the plans’ fiscal impact on the UK public. Labour’s main charge, the allegation that the NHS is endangered under the Conservatives also lacks “smoking gun” evidence.

UK investors are pricing in a Conservative win, marking investments up on the basis of their desired outcome. On the 13th December assets will be re-priced if a Conservative majority does not emerge. We expect considerable volatility in sterling and UK mid-caps with blue chips more muted. Our expectation is of a small 20 odd Conservative majority which will enable Brexit by 31st January 2020.

Hong Kong remains prescient post local elections. The polls expressed the public’s anger at Beijing’s creeping erosion of HK liberties and the local administration. There appears to be a stale mate developing where protestors mindful of the economic damage caused so far, and helped by the vote “win” are waiting for Beijing to move. The issue is whether or not the conditions exist, or are slowly arriving, for negotiations to begin. On this point it is hard conclude that Beijing will do anything other than play its waiting game, in the hope the protest movement, will exhaust itself eventually.

Meanwhile Hong Kong GDP is declining at the fastest pace since 2008, hotel occupancy has dropped to 63% (a decade low) from 90% over summer, retail sales have fallen at the fastest pace since 1982. Loathe to be left out of Hong Kong’s global headlines, Donald Trump has waded in, inflaming things further by singing off pro-democracy bills and resulting in China sanctioning human rights charities and suspending visits by the US military. The month ends, as it began with limited clarity.

The EU remains under pressure to cut taxes, take on debt and provide short term economic stimulus, (i.e. adopt a US fiscal approach). However its leaders are only taking tentative steps in this direction.

Partly this reflects the Maastrict rules, and the prudent EU consumer. Recent Eurostat data (29th November 2019) show high owner occupancy with 69.3% pan EU home owner-occupier (v 64.8% in the USA) with some countries Belgium (72.7%), Croatia (90.1%), Poland (84%) and Slovakia (91.3%). In some EU countries the proportion of mortgaged homeowners appears very low, Romania (1.1%), Croatia (6.9%). Germany is in reverse, with a low owner occupier at 51.5% and the highest proportion of EU tenant occupancy at 48.5%. Hence if taxes fell the EU consumer rather than spend a windfall (stimulating economic growth) would more likely reduce their mortgage.

EU indices up 2.75% in November outperformed UK markets helped by a softer Euro. Daimler joined the list of large scale redundancies (€1.4bn restructuring) with an ambitious plan to cut 10% of management.

Outsized gains in US equities over November have left investors struggling for explanation given the lack of meaningful movement in the Sino-US trade talks, other than the usual “a deal is about to happen” followed by “lack of details” roundabout.

The S&P is trading at c. 2.14x 2020 sales estimates, which last happened in September 2018 and March 2000 before major corrections. Warren Buffett has retained $128bn cash after pulling out of a $5bn buyout of Tech Data. Buffett said recently “[equity] prices are sky high for businesses possessing decent long term prospects”. So the Sage of Omaha is being a bit more careful.

The S&P gain for 2019, up 25% looks strange given the global slowdown. Using monetary conditions as a pointer, we infer markets began 2019 expecting interest rates to be kept high before they reversed, creating conditions for a market rally. But nothing has got in the way of Apple’s ongoing surge. 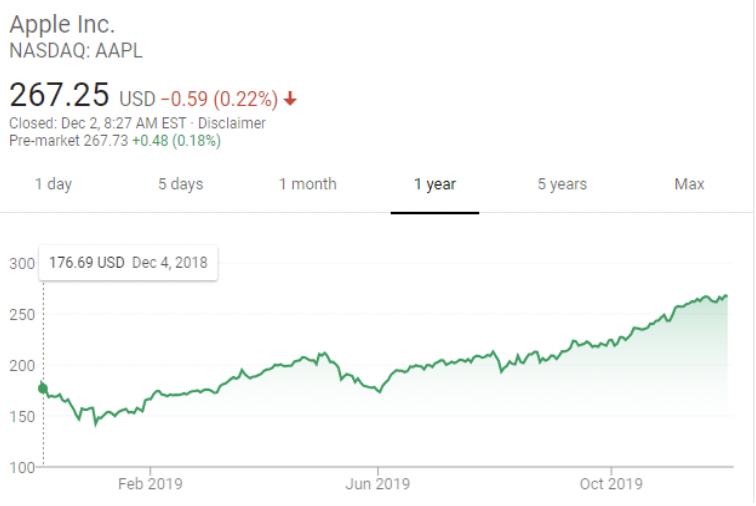