PM Theresa May declared she will step aside on the 7th June making way for new leadership for the Conservative party.

EU elections resulted in a win for the Brexit party and substantial gains for the Liberal Democrats. Both the ruling Conservative and opposition Labour party saw heavy MEP losses.

US President Donald Trump said he would impose tariffs on Mexican imports at a cumulative rate of 5% a month up to a maximum of 25% on the grounds that Mexico was not doing enough to stem the flow of immigrants across the US / Mexico border.

Vodafone cut its annual dividend by 40% to 9 cents citing the need to address its balance sheet and invest in the 5G roll-out. It announced it lost €7.64bn in 2019. 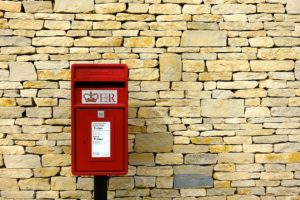 MSCI All-World Index dropped 6% during May 2019 with investors switching to bond safe havens, the 10 year Bund and 10 year Treasury and safe currencies, including the Yen and Swiss Franc.

Imperial Brands reported interim EPS of 115.6p up 1.1% on net revenues of £3.65bn up 3.8%. However the tobacco sector fell sharply after a Neilsen report claiming US cigarette demand fell 11.2% over the month.

As Conservative leadership hopefuls queue up we are back to the “Brexit” groundhog day. Will a new PM make a difference? Unlikely given the House of Commons arithmetic and post the EU elections, any new PM would be mad to call a General Election. This leaves the “People’s Vote” option which is gaining credibility.

As scenarios multiply again, the “hard Brexit” crashing out of the EU without a deal on the 31st October, is more likely. As a result sterling declined against other major currencies softening the UK equity sell off relative to other global indices.

UK retailers are stumbling and CVA’s are now becoming the only option. We expect Arcadia will join the CVA list. Even M&S (pre-tax profit of £84.6m for 2019 v £684m in 2015) is tapping shareholders. The answer for retailers is the Next business model of online/ mail order with far lower emphasis on maintaining hard assets. However adoption could well require more time than many of these companies actually have.

Both Chinese and Japanese equities were hit hard during May. As the PRC’s leadership prepared for a protracted dispute, the central bank allowed the Yuan to depreciate, absorbing some of the hit. The Huawei issue has irked China as it suggests Chinese companies are spying on their customers. As usual there is limited proof available. It looks like America is deliberately trying to wreck Huawei’s export markets, a contentious approach.

The EU elections whilst bad for reinforcing the likes of populists Matteo Salvani and Nigel Farage, its broad result in returning a sizeable majority for mainstream parties in a positive for EU stability. The advance of the Greens and the environmental lobby is a powerful endorsement of the notion of progressive change.

The ECB is on hold for 2019, it reversed its promise to raise rates this year in March. Further monetary guidance may arrive in Q3 but investors now expect a small hike in 2020 which could see the rate exit negative territory. Key to the timing of the hike is further progress on unemployment which remains high at 7.7% across the Eurozone.

The drop in the German 10 year bond yield to a record low of -0.27% suggests investors are paying premiums for safe havens.

UBS and Deutsche Bank disclosed they briefly explored a combination which resulted in early stage talks. UBS remains overly dependent on its high net worth niche but is valued at 4x hat of Deutsche. Any deal involving Deutsche Bank would be a rescue effort, given its very weak operational profitability and high Level 3 hard to value assets.

US equities reversed as it became clear the US gambit to introduce tariffs on $200bn of Chinese products at a late stage in the Sino-US talks had backfired. The talks quickly collapsed and China retaliated a few days later.

The subsequent out of the blue move by Donald Trump to introduce a 5% monthly tariff on Mexico ($352bn annual US imports from Mexico) seriously rattled confidence in the US leadership. Brinkmanship of this nature increases uncertainty and makes diplomacy far harder.

The S&P 500 correction (-6.2%) feels right, on 31st May the blue chip index was trading on trailing P/E 20.4x. with S&P 500 index earnings at c. $135.44. Forecast for EPS growth rates would be at risk of a China slowdown or a more generalised trade problem whether with Mexico or China.

Apple Inc is exposed to the Sino-US dispute given the location of manufacturing of iPhone/ iPads etc. Apple shares declined to $175.07 from $211.75 a 17.3% drop over May. Ahead of new iPhone launches and the arrival of positive catalysts such as 5G, the board has continued to buyback shares.