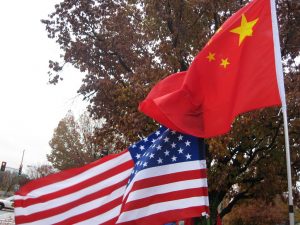 UK/ EU27 agreed a 21 month transition period that will run to 31 December 2020, during which period the UK will remain in the EU single market and customs union. The EU Commission has published guidelines on the next stage of the negotiations.

Q1 2018 was tough for UK blue chips which lost 8.3% in a broad based sell off encompassing all sectors.

Micro Focus Intl reported it expected H1 2018 revenues to drop between 9% to 12%, the CEO Chris Hsu has departed.

Takeda Pharmaceuticals reported that it is considering an acquisition of Shire Pharmaceuticals. Shire has confirmed a formal offer has not yet been made.

US tariffs introduced on steel and aluminium products will be applied to Chinese imports but not those from the EU, Canada, Mexico or Australia. Cheap steel imports from China were harming the viability of the US steel industry, according to Donald Trump.

DFS Furniture reported revenues up 4.3% to £396.1m with underlying operating profit of £18m. The shares jumped on relief the Sofology acquisition is working in compliment to the DFS business.

Q1 was a bruising experience for UK blue chips, down 8.3% on a combination of factors. A weaker US dollar and extreme softness in UK utilities, property, tobacco, banking, and retail stocks contributed. Whilst “Brexit” uncertainty cleared a bit with the agreed transition agreement, this in itself has not given the UK economy a boost. Going into Q2, which is seasonally quieter, UK equities lack a major catalyst.

The minority Conservative government appears on a stronger footing having had a “good crisis” in the form of a strong global response to its diplomatic moves against the Russian government. A short term challenge to PM Theresa May now appears a lower risk factor.

Micro Focus hit investor sentiment in UK technology very hard. The shares started 2018 at £25 but are now under £10 after lowering forecasts and problems in the US market with staff losses and resulting lower sales. Post the acquisition of HPE the business is shouldering over $4.4bn of debt. Micro Focus is a bit like someone taking out a large mortgage

The UK high street is in intensive care. Consumers are not traipsing around the High Street anymore. Online sales are up, but are lower margin. Stronger sterling will help, should it continue, as products are sourced from abroad, and as 2017 FX hedges expire. The root problem, store overcapacity is not going to be solved overnight.

UK base rates are expected to rise to 0.75% in May 2018. A rate hike environment could be problematic for those unfamiliar with rate cycles and on variable rate mortgages. The last ten years have been something of a monetary treat that is coming to an end.

The General Secretary of the Communist party, Xi Jinping will be President “for life”, according to the vote of the Chinese politburo on March 18. The decision to end term limits, dispenses with an important constraint on executive powers. It makes the leadership less accountable, increasing China risk.

One recalls the Roman parallel, the Senate’s decision in February 44BC to appoint Julius Caesar “dictator for life” which triggered his assassination six weeks later. The Politburo move is reckless to an outside observer, taking China back to the days of its unquestioning hero worship of previous leaders, including Mao Zedong that ended in ruinous, genocidal policies.

Since 2008 China’s debt/GDP ratio has risen from 158% to 317% (including financial sector) and grew by 13.5% over 2017 according to Goldman Sachs, a deceleration from 18% growth rate in 2016. In US dollar terms debt jumped to $29trn from $6trn in 2007. The problem for the leadership is how to trigger debt unwind without destabilising the economy.

When Deng Xiaoping embarked on his economic reforms in 1980 the Chinese economy was a mere $200bn – today it is over $11.4trn – a 57 fold increase. The “China Dream” ideology pursued by the current leadership delivers significant GDP growth but only at the expense of significant debt accumulation. 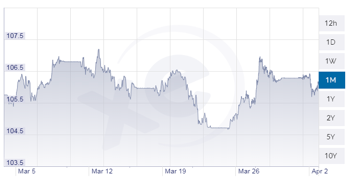 The Japanese Yen has been a safe haven amidst the global upheaval.

The EU did well to negotiate its way to a last minute reprieve from US steel and aluminium tariffs. Its opening gambit, stepping back from immediate retaliation and countermeasures that would have escalated the problem, helped the Eurostoxx 50 index end March outperform global markets. The EU might also refer the Trump measure to the World Trade Organisation.

The raid of BMW’s Munich HQ and recall of 11,000 BMWs to remove defeat devices did not hurt BMW shares which closed at €88 up €4.15 over March. US class action lawsuits have started on the basis that buyers have been misinformed and their BMWs will depreciate faster as a result. Liabilities are unquantifiable but this is a lower scale of wrongdoing than VW. 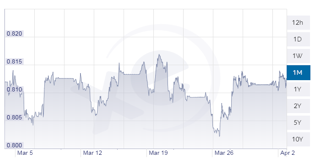 The Euro was flat over March despite hikes in US interest rates.

The Federal Reserve 0.25% hike to Federal Funds rate was anticipated. But the statement indicated a sharper monetary tightening to end 2019. Chairman Jerome Powell suggested a further two hikes in 2018 taking the rate to 2.25% and three hikes in 2019 to 3%. The Fed is in tightening mode and intends to normalise money market rates. Powell’s approach is far removed from Janet Yellen whose tendency to procrastinate left the Federal Reserve “behind the curve”. The path of US rates is up which will impact global interest rates.

March 2018 saw the US technology sector hit by revelations surrounding Facebook/ Cambridge Analytica and Apple iPhone X demand. Facebook shares lost 9.5% to $159.79 whilst Apple closed at $167 down 5.2%. Elsewhere US President Donald Trump’s move to unilaterally start a trade war against China, hit broader US exporters hard, Boeing fell 5% to $327 per share. Trump’s anti-piracy initiative was helpful to Intel up $3 to $52, and Microsoft.

Investors appear adjusted to the fast moving, out of the blue Trump style, its high staff turnover, and unnerving ability to make unilateral decisions on the spur of the moment. “Trade wars are good” announced Donald Trump it will be “easy to win one”. Other world leaders have been restrained in the handling of Donald Trump, so far. US equities have not yet experienced the repricing evident in other global markets.