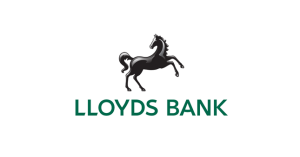 Year to date moves in UK / EU banks have been severe. Have they been unfair on Lloyds Banking Group?

The magnitude of the bear move is extreme. Losses exceed 25% for Barclays, BNP, Credit Suisse, Deutsche Bank, SocGen, UBS, Santander and RBS. Even HSBC, the EU’s largest bank by market capitalisation has lost 18%. Lloyds Banking ended 2015 at 73p per share and has reversed 19.5% with little information.

We attribute some of the weakness to RBS Q4 2015 disclosure of higher loan loss impairments, legal expenses, PPI (payment protection insurance), pension deficit provisions totalling £3.6bn and a new Santander Q4 charge of £450m for PPI. There is a read across for other UK retail banks, all struggling to find closure to the PPI liabilities.

Speculation is rife, Lloyds will take a Q4 2015 charge of £2bn in respect of PPI. The existing provision is so far £13.9bn as at end Q3 2015 (a level that has doubled since August 2013 £7.27bn). Increased UK provisions imply a higher growth rate in PPI expenses than during 2015. This is possible due to the FCA ruling out agreeing to a time limit on PPI claims.

The lack of new information is understandable- the banks are in a “closed period” ahead of 2015 final results; Barclays (1 March), HSBC (23 Feb) RBS (26 Feb), Lloyds (25 Feb). In a closed period, it is normal practice for companies to refrain from making price sensitive announcements. Companies can issue statements if required (as with RBS) but they tend to leave it to the results.

Lloyds redeemed its ECN (enhanced capital notes) on 9th Feb despite the bondholder lawsuit leave to appeal to the Supreme Court. Lloyds saves £200m pa in interest savings from the early bond redemption, but should it lose it will have to compensate investors. The case will be heard on the 21 March 2016. The bond redemption before legal action that would block the repurchase has concluded, is unprecedented.

Equity market gyrations have left many banks at a large discount to their theoretical liquidation value (tangible book value: TNAV). The discounts are not unprecedented. Banks traded at large discounts in 2008-2009. Both Lloyds and UBS are trading at premiums to TNAV. Large capital market banks are being harshly treated.

What is the problem in UK/ EU banking?

The ECB is harmonising standards so Eurozone banks have comparable standards of equity capital. The Basel Committee on Banking Supervision is working on proposals that would limit banks’ room for manoeuvre in categorising assets for capital ratios. These proposals will change the way buy to let mortgages, insurance subsidiaries are treated for capital.

Broadly these proposals require EU banks to hold more capital against lending and insurance subsidiary assets beyond 2019. The EU’s top 35 banks will require another 1.5% of CET1 “Core equity tier 1). Banks typically hold 10%-13% in CET1 capital but can grow capital via selling loan portfolios/ businesses or cutting dividends or via rights issues.

In contrast US banks are reporting healthy profits and growing capital levels. On balance US bank are not as exposed to worsening conditions in the Far East/ Russia/ emerging markets.

If the global banking environment worsens, UK banks will be more challenged to hold their dividends. The surge in dividend yields at some (HSBC 8.2%) suggests questions over sustainability. Even if sustained, are the dividends desirable in the absence of capital growth? Not if they result in large rights issues ahead of 2019.

Is Lloyds a bit different therefore?

Owing to the relative simplicity of its business model, anchored in UK retail and commercial banking, Lloyds is less impacted than more diverse banks with overseas operations and large investment bank divisions. Lloyds’ capital levels rose quickly in part due to the FCA block on payment of dividends during the 2009-14 period (a matter that Lloyds campaigned against!). Even in 2015 Lloyds was held back from paying too high a dividend by the FCA.

Lloyds CET1 capital was 13.7% at Q3 – an increase of 0.9% since end 2014. This is above the 12% requirement that Lloyds accepts it will need to hold. Some forecasters believe that Lloyds could return £20bn-£25bn (30p-35p per share) over 2016-2019 if capital continues to grow. This reasoning assumes the FCA permits Lloyds to substantially reduce its capital (a moot point) via a special dividend.

We remain somewhat sceptical of “out of the blue” special dividends. We have heard rumours of bumper dividends from Lloyds for some years now (that have yet to materialise) – we accept the case that Lloyds is growing capital levels beyond what it needs. The acquisition of TSB by Banco Sabadell for cash helped the case for cash returns in 2016/2017.

The UK government should deliver its IPO to the UK public in the next 12 months. However the sell-off has created an opportunity for investors now, at a 3% premium to book value for Lloyds against a near 32% premium 6 weeks ago.