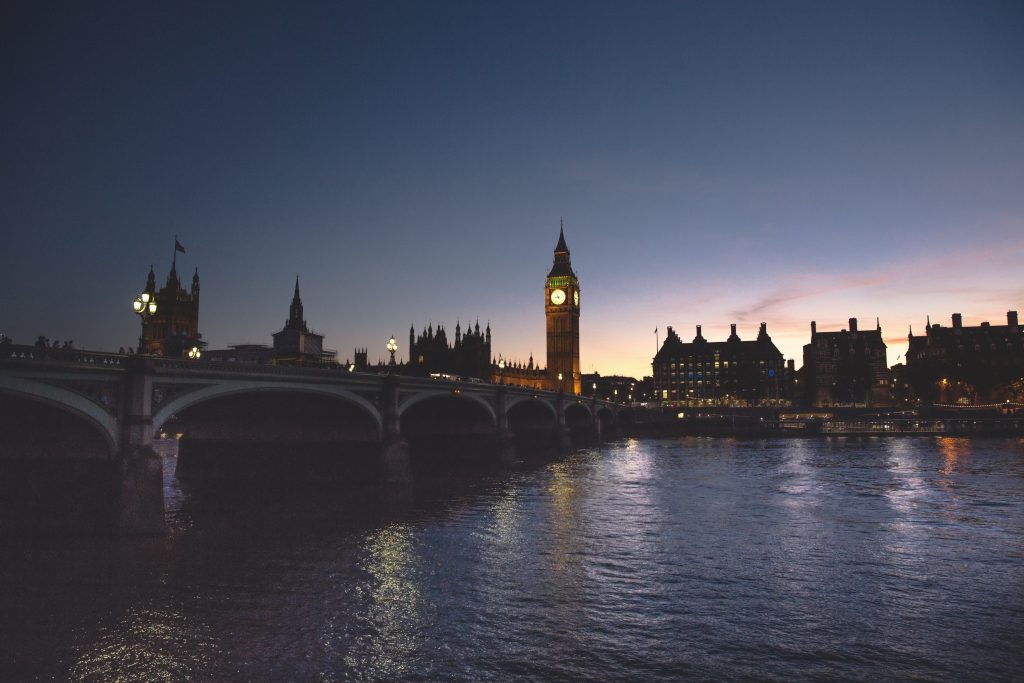 President Donald Trump promised to increase US defence spending by $54bn however he has proposed cutting the State Department and overseas aid budgets to help fund this increase.

US Federal Reserve policymaker, William Dudley commented that a rate increase is “very much on the table at our March meeting”.

Unilever expects operating margins to improve by between 0.4%-0.8% following short-term measures introduced in response to the Kraft-Heinz failed takeover approach.

BP strategy update detailed a target to grow upstream oil production by 5% p.a. over the 2016 to 2021 period. BP has sold $75bn of assets, mainly oil producing assets since the 2010 “Macondo” spill.

Glencore reported solid 2016 results with profits rising 40% and debt declining 40%. The board announced a 7 cent dividend but also said it would increase shareholder returns in 2017.

Barclays reported pre-tax profits of £3.23bn for 2016 and said its non-core division would be wound up by July 2017, six months ahead of schedule. Tangible net assets rose 15p to 290p per share.

Go-Ahead Group has warned of a wide £15m range to profit forecasts depending on the outcome of industrial relations talks with the Dept of Transport.

UK M&A saw a significant event in February when it was disclosed on the FT Alphaville website that Kraft-Heinz, backed by Warren Buffett’s Berkshire Hathaway and venture capital group 3G had made an initial offer for Unilever, the Anglo Dutch food and consumer products group. Unilever updated the market that it had received an offer but had rejected it outright. Whilst Kraft-Heinz prepared to revise their initial offer (it offered only an 18% premium v the normal 30% control premium) the UK government made clear the regulatory obstacles a Unilever takeover would face. In particular, the spreads business (Hellman’s/ Ketchup etc) for the enlarged group would exceed EU 30% market share rules (under Article 81) in many EU countries.

Furthermore Kraft had broken employment promises made to the UK government when it bought Cadbury-Schweppes in 2010. Its CEO, Irene Rosenfeld had said it “was not the best use of her time” to visit Westminster to explain the sackings and closure of Cadbury’s Somerdale factory. Maybe revenge is sweet.

Considering the speed of Kraft’s about face, it had not done its homework or figured on the UK government’s approach. The excellent Friday story evaporated over Sunday. Clearly the UK government did not want Unilever mortgaged to the hilt, with the UK losing tax revenue and jobs. The episode highlights an evolving UK corporate policy, which will include far tougher scrutiny of big takeovers.

The Bank of Japan’s willingness to see a lower yen (US$/ ¥113.7) has been helping Japanese exporters. The Tokyo “exporter” portfolio, Canon, TDK, Toyota, Mazda, Kyocera, Shiseido make the majority of sales outside Japan. The cheap Yen should help GDP growth which was 1% on an annualized basis over Q4 2016. 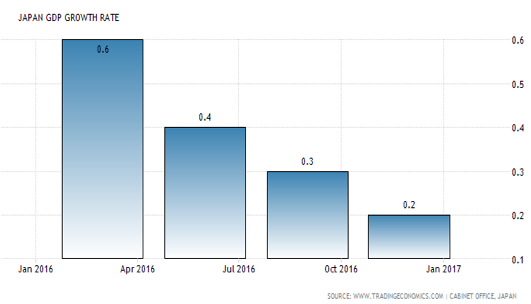 Worries about China appear to be receding. The government is taking steps to support services and internet related sectors whilst cutting back in coal and steel via a plan to reduce employment in steel and coal industries by 1.8m in the next two years. A major economic challenge is finding jobs for the 8m college students leaving university every year.

But the rapid unilateral withdrawal of the US from the Trans-Pacific Partnership is of particular benefit to China as it removes a difficult partner and increases Chinese influence with the 11 other nations.

China raised interest rates on February 3rd under its new “prudent and neutral” policy to use modest monetary tightening to cool credit growth but whilst not slowing down GDP growth.

What do we make of the well-received visit by US Vice President Mike Pence to Germany and subsequent supportive remarks by President Trump who said “the EU, I am totally in favour of it, I think it’s wonderful”? It simply cannot be reconciled with anti-EU remarks made in January.

Ahead of the Rome summit on March 25th (to mark the 60th anniversary of the Treaty of Rome) the EU President Jean Claude Juncker is opening a debate with the EU27 (the EU less the UK) on a new “roadmap”. Improving confidence in the Eurozone, higher growth and the UK’s departure could make the job of integration far easier. East European countries are thought to want a return of powers from Brussels post Brexit. What is clear from recent data is the ECB’s QE programme is boosting Eurozone GDP growth.

Greece intends to draw another €7bn payment from the EU/ IMF bailout package in July however a sticking point is Greek unwillingness to cut back on pensions, which remain very generous by EU standards. The IMF has repeatedly warned that Greek compliance with the terms of the bailout has been lacking. The Greek government needs to stick to its 3.5% primary budget surplus but has a shrinking tax base with 50% of the population exempt from income tax. Plus ca change?

President Trump’s request for a US$54bn increase in Pentagon spending which requires Congressional approval is unprecedented in peacetime. But the funding of the increase via cuts in the State Department and US overseas aid hence the reduction of US “soft power” in the diplomatic field suggests the US is preparing for war. A possible analogy might be Japan’s withdrawal from the League of Nations in 1933 alongside its military build-up. 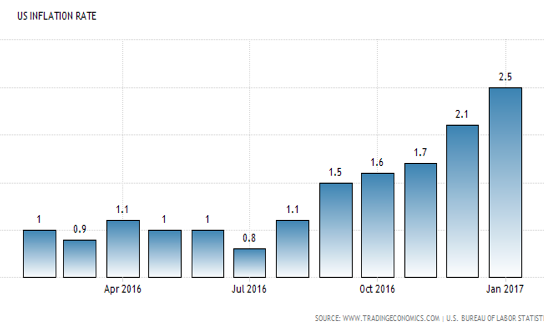 The 4.77% rise in the Dow Jones over February, and since November 2016 suggests investors expect US GDP growth will accelerate in 2017. However it is apparent that this is only possible via more government debt at a time when US debt/ GDP is at 104%, near record levels.