“Better pick up the phone to the DUP” 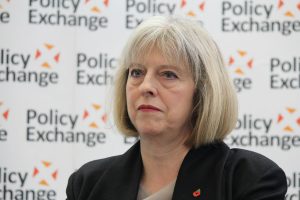 The 2017 election was tedious, depressing and unnecessary. It was an opportunistic move by the PM who calculated the Tory vote would be strengthened by ex-UKIP voters and Labour weakened by Jeremy Corbyn’s left wing leadership.

She was wrong on both calculations. Personally, I struggled to identify what this PM had achieved to deserve “landslide” win. Labour had a good campaign with Mr Corbyn broadening his appeal amongst young floating voters with a promise to end university tuition fees. The Conservative manifesto and campaign seemed vague, accident prone, lacking specific promises with reversible moving parts. There did not appear much commitment to the Conservative agenda. It seemed the Tories were taking voters for granted, assuming support.

The result, a “hung parliament” (an 11/2 odds yesterday) has a number of implications:-

So the political surprises, polling predictions, betting mis-pricings of 2016, were not an aberration. The 2017 UK election result, a “hung parliament” was not predicted.

Elections / referendums are poor “binary” events, where a “bad” outcome creates significant short term downside risks. But a “good” outcome, gives investors what they already have. Given the high probability of a Conservative government (1/11 odds), the UK capital markets largely priced in this result, yesterday.

The probability of a hung parliament (11/2 odds) was a “tail risk” that investors ignored. Now it is reality, it could take a week for the new Conservative/ DUP government to take shape, it could require a formal coalition. The internal party and negotiation between the parties starts only now.

With UK equities near record highs, is some nervousness called for? The careful approach is to concentrate on reliable earnings growth, inexpensively valued companies and domestic companies likely to benefit from Tory corporation tax cut promises. The tax cut trajectory is for a rate of 17% in 2020 from 19% now. 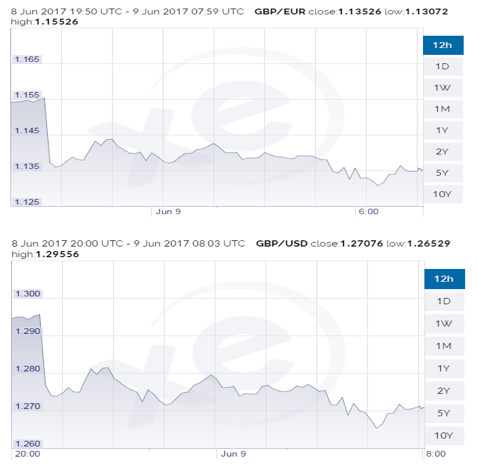 The main business, generating c. 90% of operating profit is the Broking division, comprising a) Commercial jets b) Private jets and c) Freight. The other business is Consulting which has been built via acquisition.

The board has attempted to shift away from volatile aviation chartering/ broking services opening Consulting and Training following the acquisition of Baines Simmons in August 2015 (in-house training) and Clockwork Research (fatigue risk management) in December 2016. Shortly after the acquisition, In January 2017, the shares were split 1 for 5 to improve liquidity.

Mercantile Investment Trust is a leading UK equity trust with assets in excess of £2bn and over 130 years in existence. The trust’s focus is on UK companies, outside the FTSE 100 with established track record and significant growth prospects. The trust typically invests mainly in FTSE 250 companies.

Mercantile Investment Trust has low annual management charges of 0.4% and operating/ administrative charges of 0.08%. The board has a gearing policy to operate within a range of 10% net cash to 20% gearing. The dividend policy for 2018 comprises three payments of 10.5p with a variable final dividend.

According to the 2017 annual report (mercantile has a 31st January financial year end) the trust reported 5 year net asset growth of 102.3% against the benchmark return of 99.7%, however over 10 years, net asset growth is 91.3% v ten year benchmark gains of 112.8%. The board noted that over H1 2017 its portfolio was incorrectly positioned for the EU Referendum on 23rd June. Nevertheless the board outperformed during H2 2017 with net asset value (NAV) per share rising 3.06% to 1921p by FY17.

A Tory government could lift expectations of lower corporate taxes. In November 2016 the PM promised to offer the lowest G20 corporation tax rate by 2020, the current expectation is the rate will decline to 17% by 2020 from the current level of 19%. This is positive for UK midcaps.

There are no consensus forecasts for Mercantile Investment Trust.

Revenues over 2017 £382m were up 5.5% with adjusted EPS of 48.3p, Land Securities adjusted net assets per share were 1,417p down 17p as the company adjusted its values for the softer UK office market.

Land Securities capital structure should benefit from recent bond re-financing which removed £690m of high coupon debt and replaced it with lower interest financing. The weighted average cost of debt has declined to 4.2% from 4.9%.

The board is being cautious in the current market, expecting the commercial property market to be slightly weaker in the run-up to 2019.

If you are looking for help and direction with your portfolio why don’t you book a free telephone appointment with one of our Investment Advisers.