ECB had a context to act 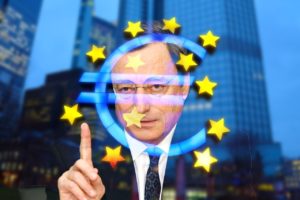 The context is vital. The EU is experiencing slower growth with Germany likely to see a small technical recession (2 consecutive quarters of negative growth) in 2019. Declining industrial confidence, in response to slower Chinese demand for EU exports, and political upheaval (“Brexit” once again) is delaying decision making.

ECB chief Mario Draghi completes his term on 31 October 2019 and wanted to hand-over to Christine Lagarde with a clear plan in situ. Widely lauded as the outstanding central banker of his generation, Draghi’s hand will be missed.

a) Deposit facility rate cut of -0.10% to -0.5% whilst the interest rate on refinancing operations and marginal lending facility will remain unchanged at 0% and 0.25%
b) Updated guidance with rates at present levels or lower until “it has seen the inflation outlook robustly converge to a level sufficiently close to, but below, 2% within its projection horizon, and such convergence has been consistently reflected in underlying inflation dynamics”
c) Asset Purchase programme (APP) to resume at €20bn from 1 November but will end shortly before the Governing Council starts raising the key ECB interest rate.
d) A two tier system for reserve remuneration will be introduced, in which part of banks’ holdings of excess liquidity will be exempt from the negative deposit facility rate.

The stimulus is intended to boost bank lending by lowering interest costs and encouraging expectations of low interest rates indefinitely in the absence of an inflationary surge.

The ECB move could boost the EU’s periphery bond markets in Portugal, Spain, Greece. The risk is the move will add to negative yields in Finland, Germany, Netherlands and Denmark. It will buy more time for EU fiscal reforms (a speculative second order effect). As QE stays in place until 2% inflation arrives, the ECB might have held itself hostage to fortune i.e. global events. A trade war, oil price spike or recovering global growth could all deliver 2% inflation (when they happen).