No risk premium for the GE?

The companies most impacted by the nationalization plans of a Jeremy Corbyn led Labour government, BT Group, Go Ahead Group, National Grid, Pennon, Royal Mail, Severn Trent, Stagecoach have moved up in the election run-up (see below). This suggests investors are not viewing a Corbyn government as a likely outcome.

Elections/ referendums amount to binary risk, on one side there is a vote for change, on the other for no change. Both the Scottish and “Brexit” referendums amounted to a choice, either stasis, or meaningful change necessitating short-term business disruption/ uncertainty. 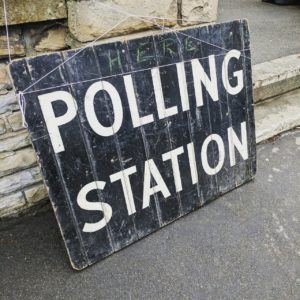 On the face of it, election/ referendum risk involves net downside risk necessitating a risk premium. But once again, markets appear to be talking about the outcome they want (Conservative majority) now, and will price in any deviation from this desired outcome on the 13th December.

Investors are so far, differentiating the 2019 election from 2017 possibly on the grounds of i) lack of movement in the 2019 polls v the momentum in 2017 in Labour’s favour ii) well documented limited ‘political’ appetite / exhaustion with ‘Brexit’ owing to the stumbles of the 2017-2019 hung parliament iii) more reasonable expectations (in 2017 expectations for Labour were low and Conservative forecasts were far too high). iv) impact of tactical voting – recent polls found almost 25% of voters were ready to vote tactically and higher proportion of voting public actually voting – a higher percentage of young voters is typically positive for Labour with the converse also true.

Since the 2017 election significant political upheaval has resulted in party purges, resignations, MP’s switching to other parties. The movement in MPs since 2017 demonstrates the increased polarity of politics.

Using MP movements as a pointer a Lib-Dem surge in 2019 is a likely outcome, leaving a Conservative majority harder to achieve if there is significant tactical voting which would eat into Conservative marginal seats particularly in London.

Getting to a majority government (325 seats) is going to be hard for the big parties. If Scotland (59 seats) and Northern Ireland (18 seats) are taken out of the equation this leaves 573 seats in England and Wales hence implying a Conservative majority government would require 56.7% share of the vote from current levels of c. 49.7%. Whilst a Conservative majority is possible, it is likely to be a very small majority (possibly under 10 seats).

Using an expected value approach, assuming a linear outcome around the mean outcome of “Hung parliament”  the implied probabilities are as follows:-

It is early days in the 2019 campaign and we expect the polls will narrow. But UK investors appear to be relaxed, so far and cognizant of possible permutations.

If the current political environment were expressed in a Venn diagram the upcoming UK general election would be a subset of the “Brexit” blob – and totally independent of other significant political issues, i.e. the Sino-US trade talks, Hong Kong unrest, Impeachment trial, 2020 Presidential election dominating capital markets. So political noise is not going away after December.