The EU rolls on… 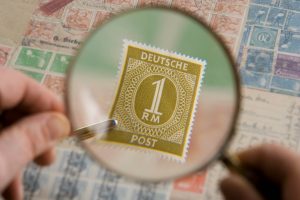 EU assets were marked up with the election of Emmanuelle Macron as President of France. This marks the third time, (Austria, Holland, France) that centrist leaders have won EU elections – a clear rejection of anti-EU/ populist / nationalist tendencies in evidence in 2016.

I was in South Kensington on the 7th May (at my local gym). I can report there were significant queues outside Lycee Charles de Gaulle, the voting station for London based French voters. It was obvious that a lot of determined people were there to ensure the right person was elected. There was no ambivalence in the air at all. The Russians left hacking the Macron campaign’s emails a bit too late! The landslide result of 66% was the highest endorsement in modern times of a politician backing the EU project.

The vote also reflects a vote of confidence in EU institutions. The Le Pen vote started to collapse during the televised debate when she started talking about the French franc. This betrayed a surprising ignorance of socio-economic affairs. Less than 22% of the French voting population think the franc should return. There is widespread confidence in the ECB.

UK commentators are quick to denigrate the EU. The experience of Croatia since it joined the EU has never got a mention in UK tabloids, for good reason. Over 66% of Croatians voted for EU accession in 2012. When Croatia joined the EU, (on the 1st July 2013) its economy was in recession. But Croatia’s president threw a party, proclaiming “a new chapter in the thick book of our history”. Helped by EU tourism and improving exports the Croatian economy has seen significant GDP growth since EU membership, well ahead of its performance prior to entry. 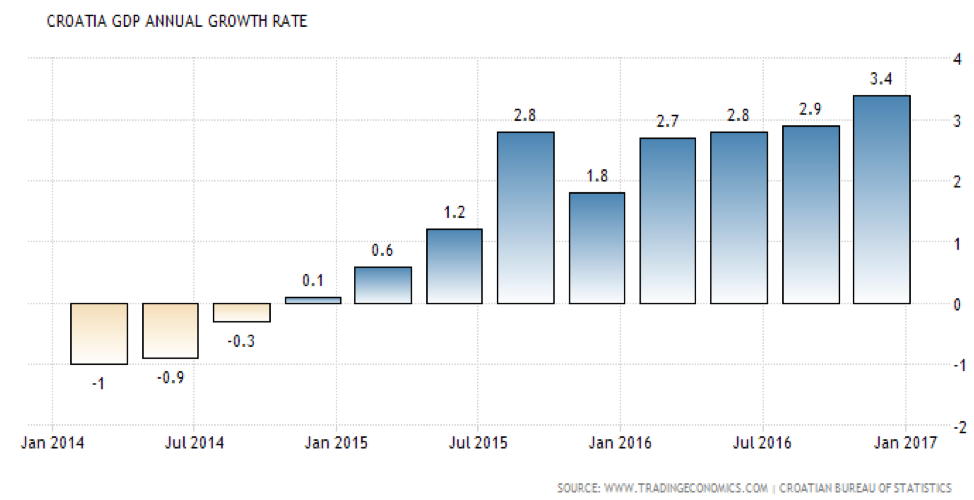 When 2017 started, there was understandable nervousness over EU elections. With political factors diminishing (the German elections in September are not a concern) we provide our top three EU blue chip picks.

BNP Paribas is split between a) Domestic markets (DM) b) International Financial Services (IFS) c) Corporate & Institutional Banking (CIB) with allocated equity broadly one third in each. This is a significant differentiating factor for EU banks which tend to be more retail banking/ consumer credit focused.

The major theme in modern banking is digitization – the move to secure banking online/ mobile operations and away from physical locations/ staff has been underway at BNP since 2012. BNP has reduced its branch network substantially in Germany (785 branches- 153), France (1964 branches – 236), Italy (787 branches -103).

Bollore, formerly Bollore Technologies is a diversified French conglomerate with interests in transport & logistics, communication & media and electricity storage alongside a €4.5bn investment portfolio including a 20.4% stake in Vivendi, 7.9% of Mediobanca and 38.9% of SocFin (one of the world’s largest plantation owners) alongside substantial port / railway interests in Africa. Bollore has 18 port concessions in Africa and is in the top ten bracket for global freight forwarding (no 1 French domestic fuel distributor).

The Chairman/ CEO, Vincent Bollore has transformed the business since taking it over in 1981 turning it from his family’s paper business in to a Fortune 500 company. He is one of France’s wealthiest individuals. He is a well known corporate raider typically taking small stakes in companies but securing significant voting rights in the process.

The consensus forecasts suggest EPS growth will stall over 2017 and 2018 whilst moving up sharply in 2019.

The share buyback scheme in place since 2006 has seen Munich Re repurchase 74.55m shares paying shareholders a total of €10bn. The shares in issue has reduced from 229.6m to 161m. Over the last decade Munich Re has lifted its dividend from €4.50 to €8.60 per share.

The consensus forecast suggests earnings growth over 2017/2019 with a generous dividend yield. Munich Re profits are sensitive to natural disasters and environmental changes.

(NB. *German dividends in the hands of non-residents are subject to 25% withholding taxes plus a surcharge of 5.5% of the tax due, equating to an effective tax rate of 31.65%.)