“Brexit” “what if” scenarios in the run-up

With 31st October 2019 fast approaching we are compelled to conclude a “no-deal” Brexit is more likely than not. Why is this?

The new government has embarked on high publicity spending commitments and making grandiose tax cut promises. These variously include:-

If delivered, these measures amount to a stimulus package of tax cuts and spending increases. All of these items might not get to the final cut, but we believe Johnson will lift government spending as part of a re-election campaign. 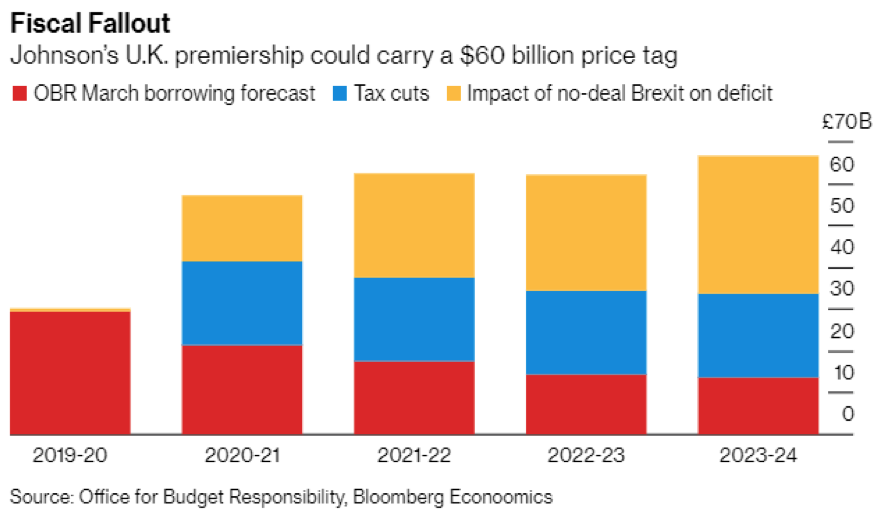 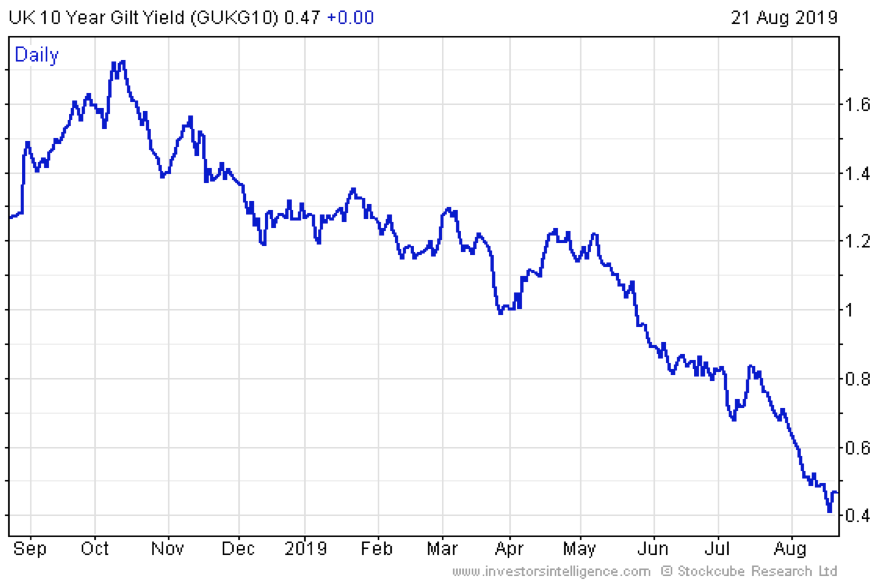 But whether a base rate cut helps capital markets is moot. The main critique of the 2019 monetary easing cycle is that rate cuts are far less effective and will achieve a fraction of the 2008/ 2009 impact. Central bank easing is a blunt tool that carries the full gamut of disproportionate impacts and societal problems. These are better understood than in 2008/ 2009.

In 2019/ 2020, central banks must guard against increasing the stock of negative yield government debt (c.$15trn), which is deflationary, reduces investment returns and represents a time bomb for the banking sector. It is a likely cause of the next crisis. If the response to slowing GDP growth is conventional rate cuts, then can only be employed very sparingly.

Four countries, Denmark, Germany, Netherlands and Finland have negative government bond yields across the yield curve spectrum. The extreme pricing of bonds brings the risk of a crisis when the trend reverses. Central banks might have to reverse QE i.e. turn sellers of their debt for yield curve normalization.

In the re-pricing, investors ignored the higher chance of lower rates and no deal Brexit. The PM has increased the conviction that October 31st 2019 is firm and increased “no-deal” odds to c. 13/10 (www.oddschecker.com).

We see a hard Brexit as c.50% priced in with c. 1.5%-2.5% downside if it occurs. “No deal” is one of a host of risks, some with a greater downside magnitude (i.e. change of government). A UK rally is possible if i) global equities bounce or ii) a EU deal materializes that preserves UK/EU free trade or iii) Sino-US trade deal.