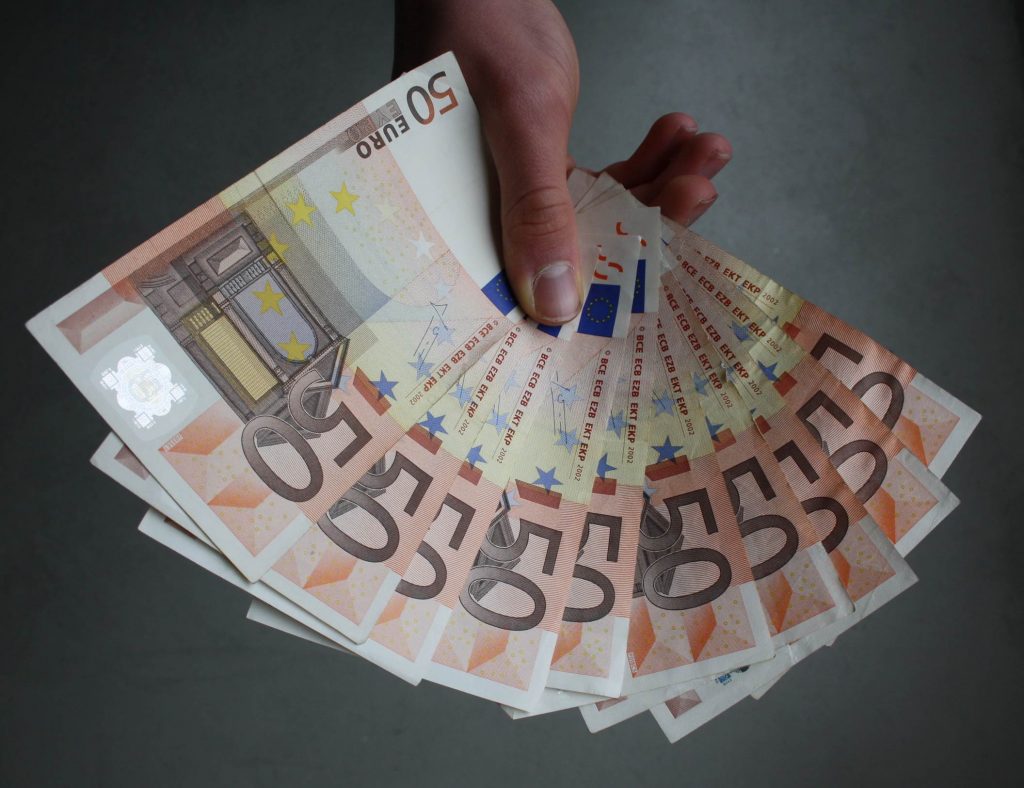 The FTSE 100 is a value weighted index – one whose performance is largely determined by just a handful of companies. “Brexit” reiterated this point. There are 162 “blue chip” companies (17.4% of main market UK listed companies) with a market capitalization exceeding £2bn (a rough threshold for FTSE 100 entry a decade ago). However the UK’s top ten companies are a combined £797bn. As the table below shows, six of the ten report results and more importantly pay dividends in USD or Euros (making them more valuable in this environment).

In April 2016 Vodafone’s board decided to report and pay in Euros for Fy17. Vodafone has significant borrowings in USD and Euros despite no longer having much US exposure (it divested its major US asset; its 49% stake in Verizon Wireless in 2014). This probably explains its limited performance since June 23rd.

The decline in sterling to 31 year lows (Sterling dropped briefly to $1.02 in 1985) happened in two stages. Firstly in the early hours of June 24th as the vote result became apparent (£/$1.34) then post the week of the Conservative party conference on the 7th October and the “flash crash” that caused a drop in sterling during Asian trading to £/$1.14. This second decline was triggered by the PM’s speech at the Tory party conference which suggested a “hard Brexit” that the UK would not bend on the issue of immigration, even if it meant losing access to the EU single market.

This is typical in a devaluation scenario. The first fall is in response to a shock event, the second in response to the aftermath and loss of confidence. The implications of “hard Brexit” i.e. withdrawal from the EU single market in return for immigration controls creates significant economic uncertainties specifically for UK GDP growth.

But the problem is the damage being done to the UK’s image and perception abroad. Overseas investors typically view the UK through the prism of cosmopolitan London. But this is no longer represents the UK’s real direction, and is at odds with a “Britain that works for everybody”. Sterling has behaved like a third world currency. Investors have perceived the UK as becoming hostile to foreigners.

Pre vote Governor Mark Carney, governor of the Bank of England referred to the UK’s reliance on funding its current account deficit on the “kindness of strangers”. It is clear that post vote, overseas investors are voting with their feet. But despite the precipitous fall in sterling, the government has kept silent, which is tacit encouragement of the fall.

The PM believes the UK can hammer out new trade relationships on its own with non EU countries. Agreed deals can be legally signed after the UK leaves the EU. But what precisely will the UK export to the rest of the world? The UK is an import economy, reliant on financial services with limited manufacturing and industrial capabilities.

The UK requires access to the EU single market but if the last 40 years are representative, the UK will again try to “game” Europe ie extract the benefits whilst opting out of its rules, publicly denigrating the EU project, extracting rebates. It is unlikely the EU will permit the UK to replay this approach. There is widespread disillusion in the EU at the way the UK has behaved. The UK has set a very unwelcome precedent for the EU.

The UK approach assumes it is in a position to obtain EU member benefits from the new standpoint of being a non EU member. This laughable approach has some probability of failure. It will get nasty and take longer than two years to resolve. But until the relationship with the EU is clear, sterling is likely to be volatile. We see merit in sticking with companies with significant non UK businesses and overseas revenues.

Babcock has a strong track record of revenue & profit growth. It has a £20bn order book, (plus a £10.5bn pipeline), without sacrificing operating margins (c. 11%).

The consensus forecasts envisage revenue and profit growth ahead, yet the Brexit sell off has sharply cut Babcock’s rating. The Babcock board has confirmed their guidance of revenue growth of 6.5%. This is a decent growth rate given the pressure on EU government defence budgets.

Mediclinic International is an international private hospital group, headquartered in London with operations in South Africa, Namibia, Switzerland and the UAE. The group has grown via acquisition, its major buyouts were Hirslanden (acquired in 2007 for CHF2.5bn) and Al Noor Hospitals (February 2016). Mediclinic has 73 hospitals with 10,200 beds, and 35 clinics.

For Fy16 Mediclinic revenues rose 7% to £2.1bn whilst underlying earnings rose 13% to £219m, helped by a strong performance at its Swiss operation (8% revenue growth to CHF1.65bn) and South Africa (9% revenue growth to (ZAR 13.45bn) and 15% revenue growth in the Emirates. There was a currency impact from the weak Rand in FY16. FY17 will be positive from a currency standpoint, due to Franc strength.

Mediclinic owns 29.9% of Spire Healthcare (LSE; SPI) a large UK healthcare business valued at £1.54bn. Mediclinic is rumoured to want Spire (source; Betaville 16 September 2016) for £1.8bn – a factor that has contributed to a 220p loss in the Mediclinic share price since late August when the Spire speculation emerged. The Mediclinic board has not commented on the Spire speculation which could double debt to over £3bn. Our view is investors have priced in a possible Spire acquisition.

The consensus forecast for Mediclinic have incorporated the Al Noor acquisition and expected growth in demand in the Middle East, where there has been increased demand for private healthcare to treat lifestyle related ailments and due to ageing populations.

TUI AG was formed via the £5.6bn merger of Tui Travel with TUI AG in December 2014. Tui Travel was itself the product of a merger with First Choice Holidays in 2007 and Thomson Holidays (owned by TUI). The business reports and pays dividends in Euros hence weak sterling will impact revenues and profits. So far the TUI board have maintained the existing profit guidance of 10% annual growth in operating profit to 2018 reflecting higher passenger volumes.

This is despite a tough 2016 with heightened terrorist problems in France and Belgium, unrest in Turkey and North Africa. In addition “Brexit” i.e. weak sterling will cost TUI around €100m in lost profit. TUI has however hedged its US$ based petrol costs – 93% hedged in respect of winter 2016/2017.

The board reported they are discussing a merger between TuiFly and Eithad Airlines to create a new EU airline. This could mark a spin off opportunity for TUI AG and enable it to concentrate on TUI Cruises. TUI has been repositioning operations post the sale of its Hotelbeds Group for €1.2bn in April 2016. Hotelbeds was the world’s largest bed bank offering 72k beds to travel agencies and airlines.