Political uncertainties back in the forefront 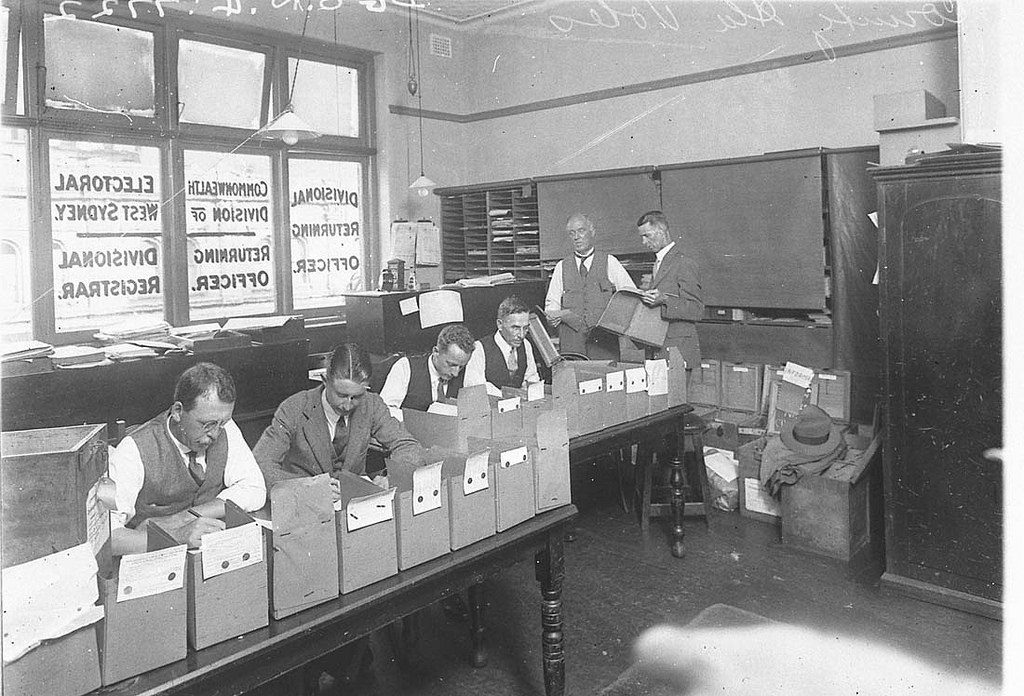 “Just when you thought it was safe to go back into the water” read the caption for “Jaws 2”, the eagerly awaited sequel to the original summer blockbuster.

So politics is back. Damn. I had hoped post the Dutch election that politics, the “bete noire” of 2016 was fading away like a bad smell. We had even hoped that Donald Trump was calming down and adjusting to the presidency.

The world’s autocrats had a good Easter weekend. The Turks tore up their parliamentary process over the weekend. The North Korean regime announced “thermonuclear war could break out at any moment”. Even President Assad got his 2 cents in, “alleged chemical attacks are 100% fabrication”.

The news of a snap 8th June 2017 General Election is striking on a few points:-

a) The PM had said she would not call an early election. She had said she would adhere to the Fixed Term Parliament Act 2011 which gives UK government a fixed 5 year term (unless the government loses a vote of no confidence or if a 2/3rds majority vote in favour). Jeremy Corbyn has confirmed Labour will vote for a June 8th election, so it is safe to assume Parliament will provide the requisite 2/3rds majority. Still it appears the spirit of the 2011 Act has been voided. Maybe like the 1972 European Communities Act, its days are numbered.

b) The PM mentioned a “divided” Westminster and Opposition intent on getting in the way of “Brexit”, an unelected House of Lords in disagreement. But is that not the point of a healthy democracy? A working opposition that holds the government accountable. This move sounds aimed at crushing opposition in Westminster that in the main, are urging a more careful approach with the EU.

c) The timing is aimed at securing a large Tory majority (estimates suggest the current Conservative 21% polling advantage would deliver a working majority of around 70-90). The current majority of 17 was becoming unworkable, the government has started to get pushed around a bit by backbench cabals, and sensitive to the tactics of the 50 odd far right MPs within the Tory party.

d) The election should secure PM May with her own mandate and “legitimacy” at a time when the UK economy is performing strongly and during her “honeymoon period”. It gets rid of the 2015 election mandate and further Osborne austerity promises, balanced budget by 2020 etc. The PM is thought to have had real concerns about further welfare and spending cuts post the EU referendum.

e) PM Theresa May’s objective of a “fairer” Britain one that “works for everyone” always sounded good but lacked any detail, rather like “Brexit means Brexit”. Hopefully the 2017 election will clarify what precise measures are being planned, away from “Brexit” to address the very glaring disparities within UK society. Policies that help equalize society and opportunity are important if the UK is to become a fairer place, but so far have not been introduced, only talked about.

f) In 2015, the General Election delivered a dream result for the SNP (56 seats +50) but a wipeout for Labour in Scotland and in the English marginal seats (-26). The LibDem vote was also wiped out (8 seats; -49 seats) in the English marginals. The 2017 election will probably see further overall Labour losses but for the smaller parties, an improved LibDem performance in on the cards. We struggle to read Scotland and the Sturgeon support, whilst Conservative gains are unlikely, it is possible Labour do better in Scotland.

g) This motive for the 2017 election is about competing ideologies, and it will deliver a government representative of 2017 voting patterns. Since 2015 the political centre ground occupied by Blair, Brown, Cameron, Clegg et al, has been hollowed out. “Brexit” was clear evidence of a shift in voting patterns both to the far right and far left. The danger is a more right wing government that goes down the road of further anti- immigrant/ anti globalist policies that do further damage to the UK’s reputation as an open economy.

The UK 100 was c.60 points lower ahead of the PM’s surprise announcement, due to lower mining/ base metals and a weekend of complicating developments in the Middle East and North Korea. It is worth mentioning this context in more depth.

It is clear the North Korean regime is expanding its nuclear capabilities, with missiles capable of carrying nuclear warheads. It also seems obvious that many world leaders want limits applied to this scenario. China might be changing its stance with measures to destabilise North Korea, cutting off oil supplies, airport flights for example. Whilst Kim Jong-Un is a crazy guy, (so was Saddam Hussein) we think it unlikely the US will involve itself directly so soon, partly because North Korea is a containable problem (i.e. not invading other countries) that is not exporting terrorism (neither was Saddam).

Since the Syrian air strike, it seems new US President Donald Trump is not necessarily averse to overseas adventures. So far it has been Clinton-esque (firing off a few cruise missiles vs Bush overseas invasions). Trump might like foreign policy more than he initially thought! He is perceived as a novice in Asia, and unpredictable, so he could easily outperform expectations. Possibly the next Trump move is getting the UN on side for a joint effort, whether that is sanctions or travel bans etc. Then again maybe not. Its still guesswork.

Parallels have been drawn with President Richard Nixon’s “madman theory” which holds that world leaders show restraint if they believe the US President is unpredictable, volatile, given to throwing tantrums, irrational, “mad” etc. It would enable diplomacy, at least in the short term. This could work in Trump’s favour.

Sterling has jumped against the Euro and USD on further consideration of the election. 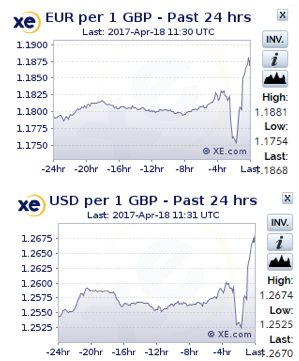 Gilts, which have jumped in recent weeks, showed further gains with the 10 year yield moving to 1%. The trend towards lower yields shows little sign of abating in this environment.

Getting back to UK equities (down 140), an improvement in sterling is prima facie, bad for UK equities, assuming this is a sustainable sterling jump and not another failed rally. There have been four failed sterling rallies since the 23rd June 2016 vote. My vote is this is another failed rally and sterling is unlikely to go up and stay up until the UK sorts out the EU relationship. UK stocks should come roaring back if the pound resumes on the downside.

The more interesting question is midcaps. The UK250 is only off 0.95% – less than half the UK100’s loss. This suggests a vote of confidence in strong UK economic fundamentals post-election and its lower sensitivity to sterling.

Given this election result is highly predictable we do not expect significant new uncertainty, unless Jeremy Corbyn starts making big gains in the polls! Hang in there guys.