A Clinton win might not be a disaster for UK pharmaceuticals 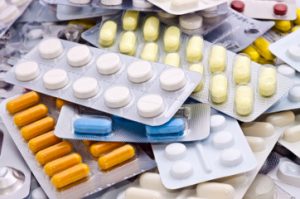 The closely watched US Presidential Election (8th November 2016) is a key event, for global pharmaceuticals. Assuming a Clinton victory, will she make an early move to end the unregulated nature of drug pricing in the USA? After all Hillary Clinton has been critical of drug industry pricing for 25+ years and attempted healthcare reform during her husband’s first term.

The fact the USA is the only market where pharmaceutical pricing is unregulated is a highly anomalous situation. It is likely a new Clinton administration will introduce pricing regulations of some nature. To what extent has this factor been discounted already? Pfizer CEO Ian Read, an informed opinion, said last week that Clinton did not pose a substantial threat to his company or the industry. Maybe regulations will be soft.

We have had a look at the UK’s pharmaceutical sector, to determine the profit outlook and US exposure. Is the sector expensive at the moment?

The board of Astra Zeneca rejected a takeover approach at £55 per share from Pfizer in late 2014 on the grounds that the offer “undervalued Astra Zeneca and its prospects”. Its response appeared aimed at requesting a takeover premium that it was certain Pfizer would not pay. Since 2014 changes in US tax treatment of “tax inversions” make it less likely that US buyers will acquire UK companies to lower their tax bill. The longer term implication was it set the bar very high for Astra’s oncology drug pipeline.

However Astra Zeneca revenues have declined since 2014 due to loss of patent protection on major drugs, such as Crestor (high cholesterol), Nexium (ulcers) and Seroquel (anti-psychosis). The board pinned its hopes on replacing these lost revenues with new blockbuster drugs including Brilinta (cardiovascular) and drugs in late stage development such as Faslodex (breast cancer) and Tagrisso (lung cancer). So far though the pipeline has struggled to replace lost revenues.

Q2 2016 was a pre-tax loss of $30m compared to Q2 2015 profit of $658m. The board guided investors to a continued revenue decline “in the mid-single digits”. The dividend was frozen at the interim stage due to the challenging outlook. The Q2 losses were a concern and somewhat out of the blue.

Astra Zeneca remains keen on drug development as the primary source of revenues. This leaves it very exposed to US markets for profit growth.

Given the weaker revenues and profits, current consensus profit forecasts look high. We would point out market expectations are Astra Zeneca’s revenues will decline by $2bn by end 2017. This leaves the company reliant on costs reduction. However savings are difficult given the Astra culture of reliance on drug development/ R&D.

The aftermath of the Brexit vote has seen a significant devaluation of Sterling v US dollar. Astra Zeneca reports in US dollars hence the shares received a significant boost of c.500p per share due to perceived foreign exchange benefits that had little to do with any real improvement at the Astra Zeneca business.

Recent final results for 2016 showed total revenues up 21.7% to £247.6m with profits of £25.8m due to one off costs. Disregarding one off items, underlying pre-tax profits rose to £49.7m helped by acquisitions and new product launches; Osphos (equine navicular syndrome) and Zycortal (Addisons disease in dogs). Another key positive is the launch via the acquisition of Genera d.d. (a Croatian business) into the EU poultry vaccines market. This extends Dechra’s reach into the Adriatic area and brings a low cost manufacturing facility.

The consensus forecast for Dechra suggests compound revenue growth of 20% over 2017 and 2018 with commensurate profit growth. 2017 revenues will be helped by the Putney acquisition ($49.7m revenues in 2015).

The shares are pricey on 32x historic profits and 26.3x 2017 estimates reflecting a premium to the pharmaceutical sector. However Dechra has limited US profit exposure (<10%) hence is relatively immune from US pricing issues.

The recent Putney acquisition for US$200m is being integrated – the business was bought pre-devaluation primarily using Dechra share placing proceeds. Putney brings 11 approved products with a further 10 in the pipeline and a strong product research team. Animal products have limited exposure to the type of US regulatory reforms likely to be introduced by Clinton.

GSK is a leading UK pharmaceutical/ consumer healthcare company formed via the 2000 merger of Glaxo with Smithkline Beecham. GSK’s initial success was attributable to its development of Zantac, a leading anti-ulcer treatment one of the world’s first “blockbuster” drugs. The GSK business is split into three major divisions, i) Pharmaceuticals ii) Vaccines and iii) Consumer Healthcare. The board has promised to pay 80p per share in dividends in 2016 and 2017.

The board succeeded in bringing new products to market; new product sales were £1.05bn at H1 out of £6.5bn in total. Revenue growth in vaccines (+11%) and consumer healthcare (+7%) have helped counter pharmaceutical product growth of 2%. The board diversified GSK in the last decade away from one pill blockbusters and into steadier earnings from consumer healthcare and vaccines.

Consensus forecasts are not demanding for GSK and based on forward multiples, GSK appears decent value on this basis. There have been concerns (primarily due to GSK’s small £4.2bn balance sheet) that the dividend cover is very strained if profit growth does not appear in 2016 or 2017.

Hikma comprises three divisions a) Injectables (specialized generics and branded injectable products sold globally) b) Branded (branded generic pharmaceuticals in the Middle East/ North Africa regions) and c) Generic pharmaceuticals sold in the USA. The business has grown substantially and expects to report $2bn-$2.1bn revenues in 2016. This is due to growth in demand for generic “copycat” pharmaceuticals i.e. non branded drugs that have come off patent protection and are sold primarily by chemists and pharmacies.

Hikma is the least exposed to US pricing issues as its drugs are sold off patent mainly ex USA and pricing is competitive. Typically when a drug loses patent protection, its price declines 80%-90%. Hikma acquired a major US generics business, West Ward Columbus (US$597m) prior to the interims becoming the 7th largest US generics supplier.

Shire Pharmaceuticals has grown substantially from a developer of “orphan” drugs, typically those used to treat a rare medical condition to a very large diversified pharmaceutical / biotech firm. Building on the success of Adderall, a blockbuster treatment for attention deficit disorder, Shire has a number of significant products including Vyvanse, for weight loss and Mezavant for ulcerative colitis. The Shire business is primarily “lifestyle” drugs that aim to improve the quality of life rather than curing disease.

Consensus forecasts appear demanding for Shire given the integration issues and short term costs of the Baxalta purchase. The very high debt load could impact the dividend policy in FY17. There is significant exposure to US related issues. Shire’s impressive growth over the last decade