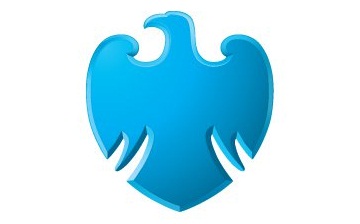 As often happens these days, a new CEO is bad news for investors because he changes the script and rebases expectations.

Last summer new Chairman MacFarlane decided he wanted his own team. He quickly ditched then CEO Anthony Jenkins without having anyone to replace him. Jenkins plan to cut costs and run down non-core assets via the “Transform” programme was taking too long, according to MacFarlane.

Cost saving promises (that have often been broken by Barclays on the grounds of “required investment” [higher costs] in BarCap) had kept investors patient but the plan to keep the core Barclays intact and raise dividends (he had promised to raise dividends at the 2013 rights issue) seemed the right balance.

But when Jenkins left, the uncertainty began over the new CEO’s plans.

The board took months to appoint US investment banker Jes Staley as CEO. The appointment caused concern that Barclays was about to charge off on another investment spending spree. Only yesterday morning was the market updated.

Under new CEO Jes Staley, the non-core disposal plan remains slow (another 2-3 years), current non-core at £55bn (100% net assets) will only hit £20bn by end 2017 (if targets are met). At the same time Staley has flagged the disposal of core assets (Barclays Africa- over the next 2-3 years).

The promise to grow the dividend has gone. Barclays more than halved its dividend to 3p for 2016 from 6.5p in 2015. The loss of dividend support was out of the blue and reneges on promises made in 2013. It is also an admission that Barclays has struggled to afford even the re-based dividend which was funded out of capital in 2014 and 2015.

Dividend savings (c £590m) and sales of BAGL will provide the capital needed to fund restructuring of non core (£600m) and the reduction of non-core to £20bn by end 2017.

When the 2008 financial crisis hit of the UK banks, Barclays had by far the largest exposure to non-core assets. It still does, eight years later. The run-down of non-core has taken a long time because buyers of Level 3 assets are hard to find and transactions difficult to execute. The 2015 results show non-core operations with negative revenues (-£242m; due to net insurance claims) and net loss of £1.52bn hence taking 9.1p off EPS for 2015.

The new CEO has forced the issue of the non-core balance sheet. Significant reductions of the non-core portfolio will be expensive and shareholders must bear the cost via lower dividends. The alternative is another rights issue, which is seen as a worse option….for now. Whilst the removal of non-core will improve Barclays (by removing the EPS drag) it is yet another promise of future delivery.

Investors are disappointed. During the CEO interregnum, rumours circulated Barclays might exit or spin off BarCap, it might IPO Barclaycard, it could set out a path to better dividends. The response is attributable to Barclays not taking any of these steps. It is determined to stick with a highly capital intensive investment banking operation, restructure only slowly and lower shareholder returns. It wants to “shrink to fit” a strategy with a very poor track record at similar companies (Citi, Deutsche, UBS).

There is some concern that the problem is non-core has very bad assets that are very difficult to exit, and the steps taken are more half measures that partially address the non-core problem.

Barclays Africa (BAGL) comprises a continental branch network built over 100 year + legacy. Since the crisis, the African assets have been reliable, under CEO Bob Diamond Barclays increased its stake in ABSA in 2013 paying $2.1bn to take the stake to 62.3% from 55.5%. The initial 55.5% stake was purchased for $4.4bn in 2005. In 2011 ABSA accounted for around 21% of Barclays group profits. The African business was part of the Diamond plan to grow the Barclays divisions (cards/ Africa/ corporate banking to over £1bn pre-tax profit).

Over 2015 the Rand depreciated to ZAR23.1/ STG from an average of ZAR18 in 2014. The board is concerned over a GDP slowdown in South Africa. However a sale, in the Barclays timeframe, in the context of very weak emerging markets asset values looks like bad timing.

Selling BAGL will scale back Barclays global ambitions (50 countries) and raise Common Equity Tier 1 ratios (c. 1%).  However a sale will increase the exposure of Group to variable investment bank performance and arguably increase profit variability as a low risk asset leaves. As a strategy it involves only 13% of Barclays assets, hardly likely to change the game materially for holders.

2015 results were a watershed. Whilst the valuation at 160p (42% discount to tangible net assets) reflects risk factors pre the non-core run-down, we feel it unwise to take the restructuring and cost promises on trust. The shares are a HOLD until positive catalysts emerge.

iii) Barclays sale of non core operations could take another 2-4 years. This is likely to reduce profit.

Please note the risk warnings and disclaimers on the last page of this document.