Apple Corp valuation sailed through the $1trn of market capitalization ending the month at $1.07trn a first for a US public company.

Turkey cut withholding tax on Lira deposits helping the Lira to rally to 6.58/ USD. The central bank is trying to stabilize the lira which has lost 42% in 2018.

US & Mexico reached a deal to revamp NAFTA which added a requirement that 40%-45% of content be made by workers earning at least $16 per hour. It will require US Congressional approval early in 2019. 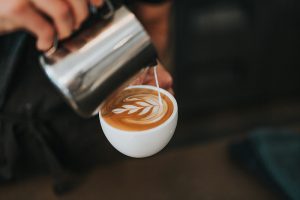 Whitbread has agreed to sell Costa Coffee to Coca Cola for £3.9bn with the majority of its net £3.8bn proceeds to be returned to shareholders. The exit price is worth c. 2069p per Whitbread share.

Sage Group CEO Stephen Kelly is stepping down after four years at the helm of Sage.

Saudi Aramco has ditched plans for an IPO as investors baulked at the suggested $2trn valuation and the perception of weak corporate governance.

Vodafone is to merge its Vodafone Australia operation with TPG Telecom to counter competitive market conditions and falling revenues.

Elon Musk abandoned a plan to take Tesla Motors private, one week after tweeting he had “secured funding” for a takeover deal at $420 per share.

UK100 moved lower over August from 7,790 to lows of 7,473 a 2.8% decline. Partly this stems from the blue chip index exposure to slumping banking and telecom shares.

Following the Bank of England’s move to hike base rates to 0.75% both Lloyds Banking and Barclays have returned to year lows due to weaker credit demand and the prospect of a rush of PPI claims ahead of the August 2019 deadline.

Vodafone had a poor summer, plagued by its €18.4bn acquisition of Liberty Global assets, the resignation of its CEO and a Q1 trading update that mentioned declining global revenues. Vodafone is off 29% year to date amid concerns over revenue decline and dividend sustainability.

Japan GDP expanded in Q2 by 1.9% after shrinking 0.3% in Q1. Private consumption rose 0.2% for Q2. However Japanese companies remain cautious about making spending decisions with corporate reserves rising 9.9% to ¥446.5trn.

Still corporate Japan is doing well with profits rising 17.9% and sales up 5.1%.

Japan is trying to maintain the status quo in its trading relationship despite US pressure for a new free trade agreement (FTA) to head off a rise in tariffs on Japanese auto products. The attempt by Shinzo Abe to develop a close relationship with Donald Trump which was apparent at the G7 meeting appears to not be bearing fruit.

Shanghai equities had a poor month declining 5.45% and within a whisker of a “bear” 20% drop year on year. The ongoing “tit for tat” trade war with the USA is the principal culprit with many Chinese taking the view that the problem will not be quickly resolved. The Chinese government is concerned at the US approach which seems focused now onto principally attacking China and shifted course from the EU.

Eurozone GDP grew 0.4% in Q2 2018 above headline forecasts of 0.3% after better growth in Portugal, Germany and the Netherlands. German GDP growth at 0.5% was helped by higher capital spending by both public and private sectors.

Preliminary Eurozone private sector activity grew in August to 54.4 with Services PMI also up at 54.4 from 54.2.

The Euro has benefited as a safe haven asset given the woes faced in emerging markets and rose during August notwithstanding the US Federal Reserve’s hike to the Federal Funds rate. 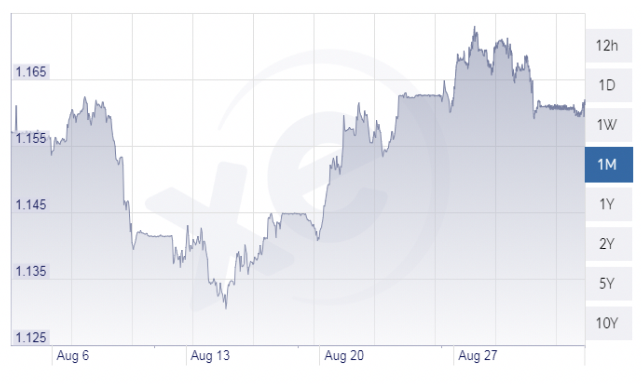 Where is fair value for Apple Corp? The move upwards from $190.29 per share (31 July) to $227.70 adding $37.51 per share or $181.1bn in market capitalization in one month is just mind boggling. At the end of August, Warren Buffett said he believed the iPhone was “enormously underpriced” but also that Apple should stay out of the auto business. Apple is developing driverless technologies as opposed to automobiles themselves. 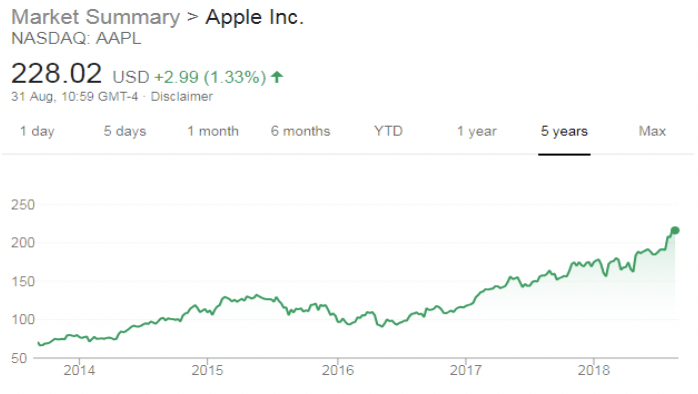 Tesla Motors CEO Elon Musk who claimed he had “secured funding” for a Tesla acquisition before dialing back on the notion, is likely to have to face an SEC enquiry. This rather blatant untruth has prompted calls for Musk to be stripped of holding both Chairman and CEO roles. Has the bull market in technology issues dented US regulatory oversight? It certainly appears so.