Occidental has made an offer to buy US oil giant Anadarko Petroleum for US$76 per share, a deal supported by Berkshire Hathaway.

Negotiations continue between the UK government and the Labour leadership over a deal that can secure the EU Withdrawal bill. 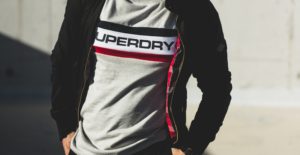 Superdry co-founder Julian Dunkerton returned to the board following a close AGM vote. The board and its brokers stepped down in response. Dunkerton now faces the challenge of reviving the brand.

CMA blocked the proposed merger between ASDA and Sainsbury on concerns over market dominance and pricing. Sainsbury CEO Mike Coupe claimed the regulator had “taken £1bn out of customers pockets”.

Glencore announced the US CFTC was investigating its commodity trading practices. It further disclosed that over Q1 2019 its copper production fell 7%.

Indivior is facing 28 criminal charges in a West Virginia court alleging the company mis-sold Suboxone and directed buyers only to doctors it knew would proscribe its drug.

Arcadia the UK retail chain is considering a Company Voluntary Arrangement as a means of exiting onerous retail leases and making staff redundant.

The de facto “Brexit” extension granted by the EU to 31st October 2019 has provided a breathing space for the UK government which has embarked on a negotiation with the Labour leadership.

Is there reason to expect Brexit to wrap up before October? This is a difficult question as the political situation is fluid, and negotiations fragile. Expectations of a quick political deal are low. The muted response in sterling suggests overseas investors are sidelined by the lack of resolution to Brexit.

The Nikkei performed strongly in the run up to the long Tokyo public holidays (April 27th to May 6th 2019) due to the new Emperor Naruhito’s accession to the Chrysanthemum throne. It jumped 3.5% on a weaker Yen and optimism over US trade talks.

Reflecting on the 30 reign of Emperor Akihito which saw Japan go on a rollercoaster from boom in 1989 to stagnation over a “lost decade” during the 1990s, most commentators positively appraised the monarch’s handling of a country undergoing immense transition. Japan weathered a banking crisis, property crash and the end of the “salary man” job for life in one generation.

US President Donald Trump, after one to one talks with Japanese PM Shinzo Abe, said he hoped to clinch a deal with Japan ahead of his Tokyo visit in May 2019. The US Administration is attempting to reduce Japan’s trade surplus with the USA which is largely due to Japan’s auto exports, by encouraging Tokyo to build more US factories.

Data from the Eurozone has generally shown declines in industrial production Germany (-0.4%) Spain (-1.1%), Ireland (-0.1%) whilst German purchasing managers index (PMI) for manufacturing declined to 44.1 indicating contraction. Whilst the Eurozone remains dependent on Germany the picture is one of spreading industrial slowdown, possibly linked to weaker exports due to delayed orders.

The Italian 10 year bond yield, long seen as a critical indicator for the Eurozone has moved steadily lower over 2019 suggesting reduced concern over Eurozone stability. The ten year yield has dropped from 3.6% to 2.56% with confidence being expressed that Malvini will not pursue an overtly anti-EU agenda.

As the Sino-US trade dispute winds down, there is concern the US President will turn his sights on the EU. Trump’s focus is likely to be the EU auto and aircraft sector, with the rhetoric likely to run that the EU is ripping off Americans.

The US Census Bureau reported that the US trade deficit in 2018 hit $891.3bn up $83.8bn. The US trade deficit, the evil the Trump Administration is trying to address, has not improved in America’s favour as a result of Trump’s policies. In fact the trade deficit has swelled due to income tax cuts that boosted American demand for foreign goods. The US goods trade deficit with China rose 11.6% to $419.2bn in 2018 from $375.6bn in 2017.

Anadarko Petroleum subject of a takeover battle between Chevron and Occidental soared to $73 per share after Berkshire Hathaway said it would help fund the Occidental bid to the tune of $10bn.