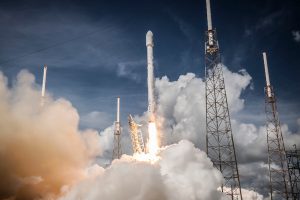 Q1 2017 has seen bull market conditions premised on the assumption of imminent cuts in US personal and corporate income taxes. These cuts are assumed will lift US GDP growth to near targeted 4% levels from current levels of 1.9% (Q4 2016).

The new Trump Administration seems determined to embark on a 1981 Reagan-esque tax cutting / defence spending agenda. There is emphasis on stimulating new hiring and renewing US infrastructure. But the US Congress is concerned that the impact on the US budget deficit could be destabilizing. President Reagan embarked on his tax cuts when America was the world’s largest creditor. The reverse is true in 2017.

The S&P 500 (2382) is at elevated levels relative to 2016 earnings of $95.34 – a multiple of 25x (the historical average is 17x). Standard & Poor publishes its annual “The Outlook” focusing on the year ahead – for 2017 the forecast P/E is 20x based on a 25% jump in earnings. A 25% jump in earnings is premised on both US corporate tax cuts and significant earnings growth (problematic given the higher US Dollar).

Given the tumultuous events of 2016 the word “surprise” is a relative term. The US S&P is “expecting” (i.e. has priced in) a substantial 25% jump in EPS hence a positive “surprise” would be growth above 25%. This appears very optimistic. Maybe investors will be surprised or maybe 2017 will see “surprise” run out.

The Federal Reserve is concerned over accelerating inflationary pressures which would result from lower/tighter immigration (which reduces labour market competition and creates shortages) and substantially higher US government deficits (especially where the extra spending occurs in the domestic US economy as opposed to foreign wars). The forward trajectory of US interest rates has moved from a 15⁰ to a 30⁰ angle – possibly 4 quarter point rises in 2017.
Sterling is experiencing “failed rally” syndrome with frequent, ultimately unsustainable upside bursts before resuming to the downside. Post the Article 50 trigger, as “divorce” talks get underway problems/ disputes are very likely. The UK will try to rat on previous commitments to the EU budget. The EU trading relationship could start to degenerate quickly with added downward pressure on sterling. Recent evidence of a stronger EU economy is also positive for the Euro.

Q1 2017 has been positive for US technology with significant gains in Apple, Alphabet (formerly Google) and Microsoft. These all benefit from President Trump’s promise to lower US tax payable on the repatriation of cash held ex USA. The thinking is the techs would deploy repatriated cash into higher investor returns, share buybacks and dividends (at least that happened in 2004 when this opportunity last arose).

We have chosen to focus on short term catalysts and applying the relevant contexts at the moment notably i) higher US interest rates and ii) weak sterling iii) higher technology valuations iv) higher banking margins. The following two equities fit this contextual framework.

Manchester & London (MNL) is a small cap UK investment trust launched in January 1972 that “actively” invests in a portfolio of UK and overseas equities and fixed interest securities. It does not invest more than 15% of gross assets in any one investment. The trust is structured as a closed end investment trust (its share capital is fixed) with high exposure to US equities (55.78%) and UK equities (27.42%), the balance being a diversified number of EU countries.

As at 28th February the Manchester & London Investment Trust had an unaudited, fully diluted net asset value per share of 385.7p. The shares were trading at a very substantial 21% discount to net asset value. The majority shareholder is M&M Investments with 52.22 %.

The LSE is trying to rescue its €29bn Deutsche Borse merger. The deal has already received shareholder support and is awaiting regulatory approval. The EU Commission requested the LSE sell MTS, an LSE owned Italian financial platform for trading government bonds, however this is not to LSE’s liking and could be a deal breaker. The next step is the outcome of the European Commission Phase II process due on or before the 3rd April 2017.

The board remains more willing to consider a European tie-up than a transatlantic deal as CEO Xavier Rolet made clear last summer. A Euronext merger would face significant regulatory hurdles. Hence Deutsche Borse is the only real EU merger partner as it would face lower regulatory hurdles and combine complimentary assets, LSE’s UK and Italian share trading with Deutsche Borse’s equity, futures and derivatives platforms. Since “Brexit” there are understandably concerns on both sides about proceeding with a UK/EU merger. A sticking point is the relative control being exercised in London and Frankfurt over the enlarged business.

LSE’s 2016 results reported on 3rd March 2017 with impressive 21% earnings growth. The board achieved 17% income growth but 4% cost growth. Swapclear saw a 25% surged in traded volumes of US$665trn.The dividend was lifted 20% due to strong organic growth (double digit growth) in all LSE’s divisions, capital markets, information services, post trade services and technical services. So LSE should be fine as an independent entity.

Should LSE/ DB fail (at least a 50% probability) it is possible the Americans will try again. The Intercontinental Stock Exchange or “ICE” owns the NYSE is capitalized at US$35bn attempted to acquire LSE in 2016 and could retry especially with sterling so weak.

The consensus forecasts appear conservative post the 2016 dividend hike. There could be revisions and increased institutional interest if LSE remains independent.