In January 2017, I was concerned the tumultuous events of 2016 would quickly filter into the real world. The key short term issue was pending EU elections which thankfully delivered pro-EU mainstream candidates. The EU, ex UK is very much intact. My other concern was President Donald Trump.

We were right about tighter monetary conditions in the UK and USA – these arrived on cue hence their disruptive effect dissipated. We were right on sterling remaining weak due to the ongoing “Brexit” negotiations.

With the “late cycle” bull market in its eighth year, 2017 begged the question, “how much longer can the bull market run?” There were signs of “irrational exuberance”. It seemed eerily similar to 1998-1999 period when valuations started to lose touch with reality.

One feature of the bull market is its extremely binary nature. Investors are quick to punish companies with slowing growth, average results. They are quick to push valuations to excessive levels for concept companies. This creates distortions.

By mid-2017 the US Federal Reserve, Bank of England, People’s Bank of China, the Bank of Japan and the Bank of Canada had signaled a turn towards higher interest rates. This was partly due to GDP growth, partly inflationary pressures, partly the desire to cool property markets. But undoubtedly the collateral damage of nine years of crisis era interest rates became undeniable and no longer politically acceptable.

Ending the QE panacea was long overdue. Maybe it was five years overdue. As QT (quantitative tightening) arrives, higher interest rates will be a very strong brake on $276trn of global debt (source: Institute of International Finance). Investors expect another ¼ point hike in the US and UK in the first half of 2018.

The steam roller of 2016, as popularized by the acronym “FAANG” (“Facebook, Apple, Amazon, Netflix and Google”) kept rolling in 2017. The tech behemoths could be characterized as tweaking their product offerings in 2017. As per normal valuations reflect expectations of considerable growth in 2018 and beyond. 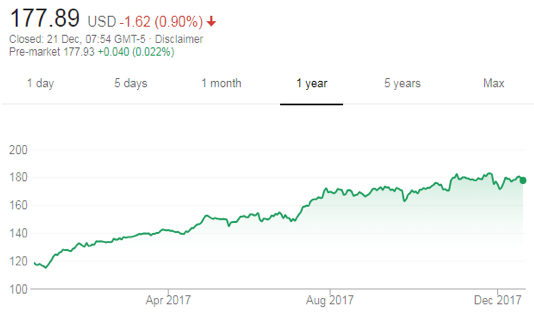 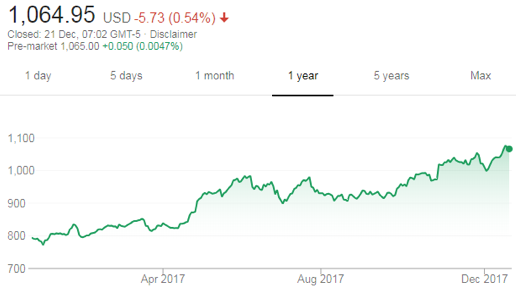 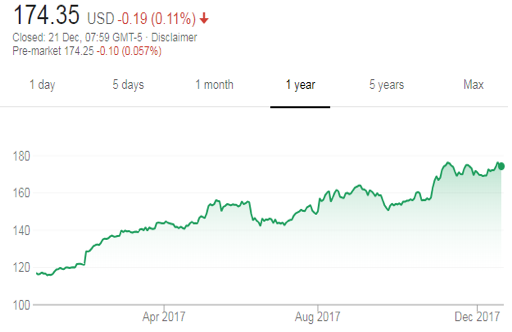 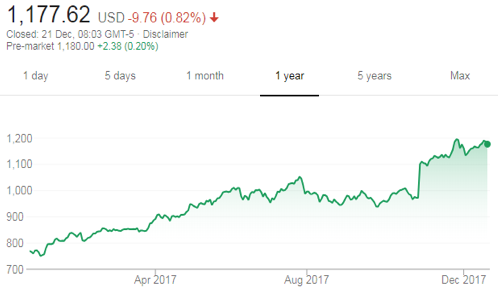 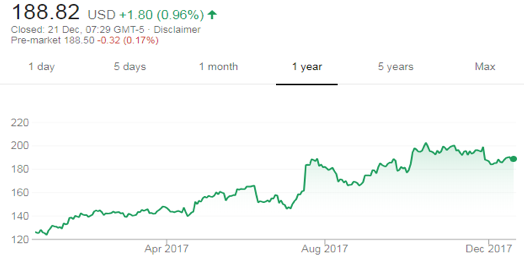 Undoubtedly the story of 2017 were virtual currencies, (or are they commodities? or gambling chips? no one is sure). We know they are here, we don’t know what next!

The staggering Bitcoin gain, whether a function of investment mania, an acceptance of a “new” asset class, a migration of technology to the mainstream investor, no one knows for sure. Bitcoin is a poor vehicle as a medium of exchange and its value is far too volatile for it to function as a normal currency. It pays no interest. It simply does not work as a means of settling trade. Can you imagine having a Bitcoin mortgage?!?

As 2017 ends, there is an “Alice in Wonderland” feeling about crypto currencies, a “Mad Hatters Tea Party” where investors are arriving, but waiting for some event to puncture the proceedings. Increasing evidence of missing/ stolen coins and fraudulent attacks on coin exchanges suggest a lack of security for this asset class. Crypto-land is cryptic on solutions to its evident problems.

2017 recommendations reviewed; overall we are pleased!

If you would like to receive our 2018 Investment recommendations tailored specifically for you then please complete the following form to enquire about opening an account with us.