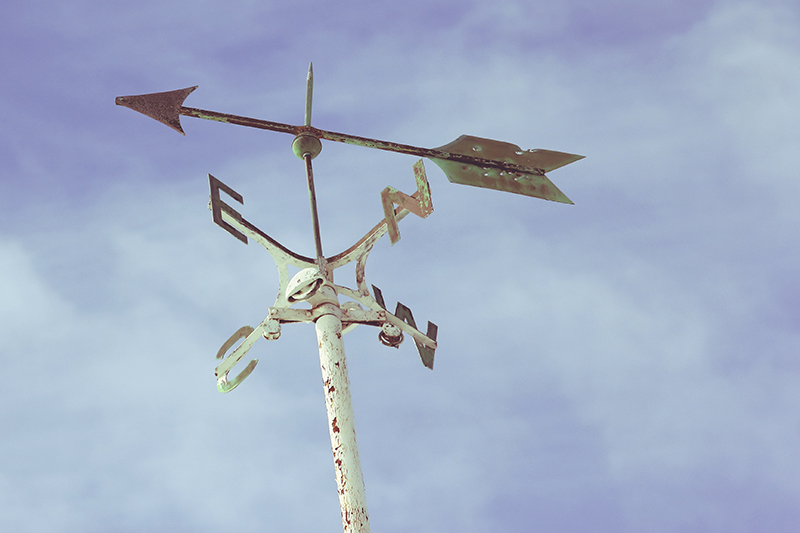 2017 has started well, as investors remain calm ahead of the 20th January Presidential Inauguration. Better brains than mine, (Bill Gates etc) say Donald Trump must be “given a chance”. I concur. Trump must develop into the Presidential role and away from persistent Twitter rants, threats, snarls and barbs. But a very unlikely person has become the leader of the free world. The closest historical parallel I can find is when Claudius became Emperor of Rome. We are in the dark about the “Trump age”.

2016 proved there remains significant political uncertainty and potential for upheaval. Public confidence in government policy has eroded. There are generational problems that manifest themselves via polarized opinions, shifts in voting patterns, societal conflicts of interest and disunity. The social tolerance and centrist policies that globalization delivered in the Nineties and Noughties has gone.

As President Obama signs off, he does so with the USA generating c.150k-200k jobs per month. When he came to office, America was losing 500k-600k jobs a month. There appears zero appreciation from the voting public, who have returned Republicans all over the country, a harsh verdict on Obama. Voters were seduced by Trump’s Federal income tax bribe and distrustful of “coastal elites” and Washington DC reflecting the significant wealth disparities and opportunity deficits across the United States. The paradox is the election of an individual with zero connection to the average voter and a policy agenda that is out of the blue.

The global ZIRP (“zero interest rate policy”) medicine to the 2008 financial crisis boosted the wealthy and stabilized the world economy, encouraging employment helping everyone. That was then. It is now clear that ZIRP as an economic palliative is past its “sell by” date. It is disenfranchising large portions of society creating strata levels and needs to end over the next 24 months. The challenge is creating a more inclusive society. It is far from clear if this is the flight path. What seems to be happening is a project designed to remove inexpensive competitive labour.

The 2017 calendar is full with political events, EU elections and the Article 50 trigger in March 2017. The EU does not need more destabilizing elections. The PM appears to have accepted the EU will not allow the UK to “cherry pick” anymore, “we cannot hang onto bits of the EU” post the 2019 exit. It seems the UK must find its own path, without the crutch of the EU that is the true “Brexit” meaning.

For investors, the UK’s continued access to the EU single market remains a critical point on which not just UK prosperity and the pound rests. Equally important is the UK’s credibility. The UK is on the road of being marginalized on the global stage. Will the PM be prepared to sacrifice EU single market access i.e. “hard Brexit” just to achieve control over immigration? That appears a critical factor, on which there is no clarity. A very weak local currency looks likely for 2017.

Mindful that the UK equity market valuations are looking stretched, the recommendations are a diverse group but linked to established long term growth trends, such as hospital products for the elderly, demand for leisure travel, global payments systems.

ConvaTec was founded in 1978, and operates in over 100 countries. It provides products and specialist treatments for managing chronic conditions, wound care, ostomy care and infusion devices for diabetes. ConvaTec is a former subsidiary of US pharmaceutical giant Bristol Myers Squibb, who divested the business to Nordic Capital and Avista in 2008 for $4.1bn.

Between 2015 and 2025 the population of those 60+ is expected to grow by 36% from 895m to 1.2bn and double by 2050. There is a strong correlation between age and demand for wound care, ostomy and infusion products provided by ConvaTec.

Last October, ConvaTec listed on the Official List raising £1.47bn via the sale of 659.7m shares at 225p per share. Its market capitalization of £4.39bn on admission qualified ConvaTec for inclusion in the UK100. Post IPO its private equity owners, Nordic Capital are retaining 45.15% and Avista Capital are keeping c 18.7%.

The consensus forecasts envisage rapid EPS growth over FY17. ConvaTec is likely to build its institutional coverage in the next twelve months which would result in changes to the forecasts.

Despite its 42.5% discount to net assets (803.7p) UK institutional holders are concerned at Millennium’s asset heavy strategy and resistance to hotel sales, even of the weaker properties. Millennium has continued to buy/build hotels notwithstanding lower trading profits. The available free float has declined, primarily due to the small purchases by City Developments which reduced liquidity.

SOCO International is a mid-cap oil explorer and producer with principal assets in Vietnam, Congo and Angola. SOCO have significant cash levels ($91m) and debt free. The board plan to spend $45m over 2017 on capital investment relating to fields in Vietnam ($15m) and Africa ($30m).

The board have demonstrated a real commitment to shareholder returns, providing shareholders with total payments (share buybacks, capital returns and cash dividends) equivalent to 76p per share since 2013. This reflects the asset spread, in areas with attractive fiscal terms, SOCO operating cost per barrel averages approx. $10/ bbl.

The consensus forecasts envisage rapid EPS and dividend growth over FY17 and FY18. Reported results will be dependent on the prices realized for oil production (current prices of c$53/bbl are ahead of $40.89 H1 2016).

Wizz Air is a budget airline primarily to central and eastern Europe destinations. Wizz is headquartered in Hungary but listed in London and a constituent of the UK250. Wizz reported interim revenues of €921.5m to 30 September 2016 with underlying profit after tax of €231.6m. Wizz Air listed in London via an IPO in February 2015 at 1250p per share.

Wizz Air reported in December 2015 it had expanded capacity to 2.15m seats (+20.3%) with booked passengers of 1.877m (+23.3%) hence a load factor of 87.3%. Wizz won the 2016 Low Cost Airline of the Year award from the Centre of Aviation. The board is highly regarded and competently managed the post “Brexit” environment, Wizz redeployed capacity to non-UK routes and confirmed it still expected to meet €250m net profit for FY17.

Worldpay provides IT payments functions at its client merchants connecting them to global payments networks (Visa, Mastercard, China Union Pay), whether the sales are in-store, online or on smartphone devices. In 2015 the Worldpay Group processed over 13bn transactions a growth rate of 14%. These are delivered by Global eCom and WorldpayUK.

Worldpay invested over £1bn over 2010-2015 creating a platform for processing multi-currency, cross border payments via a merchant network. The total transaction value in 11 key payment markets using these systems (75% of global transactions) worth £22trn in 2015 is estimated to grow to £27trn in 2019. Going forward IT capital spend should moderate.

The consensus forecasts envisage EPS growth over FY16 to FY18 however the high forward PE suggests this growth is discounted. The UK fintech/ payments sector has underperformed global peers since the Brexit vote as growth forecasts have been trimmed. A September share placing by Ship Global 2 (300m at 282p) has reduced the Worldpay share overhang to just 10.7%.