2016 Budget Statement “This is a Budget for the next generation” 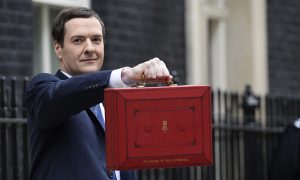 The Chancellor confirmed the UK is on track to meet budget surplus targets in 2020. The OBR (Office of Budget Responsibility) forecasts UK GDP and productivity growth despite weaker global growth – and the growing trend towards negative interest rates due to low productivity growth.

The OBR forecast is predicated on remaining in the EU. “A vote to leave could usher in an extended period of uncertainty…this could have negative implications, a period of disruption whilst the new relationship with the EU is negotiated.” The OBR has forecast 1m new jobs in the 2015-2020 Parliament with almost 90% in “skilled occupations”.

The Chancellor has taken the following steps:-

*Executive “termination” packages will be subject to national insurance levies.

*Business rate relief for smaller companies rises from £6k to £15k taking many smaller businesses out of this tax net.

*The Chancellor has halved supplementary charges for oil and gas companies to 10% from 20% and is abolishing petroleum revenue tax from 1 January 2016.

*A new sugar tax with two bands of 5g per 100ml and 8g per 100ml will raise £520m. The new funds raised will be spent on the problem of child obesity and help funding of children’s hospital services.

*A new “Lifetime ISA” will be introduced for under 40s; where in return for a £4k commitment the government will add £1k in cash top up.

*Petrol, beer and cider taxes are frozen. Spirits levies rise by the rate of inflation.