Say goodbye to the “tenner” 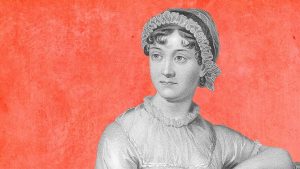 The Bank of England governor, Mark Carney, has unveiled the new plastic £10 note which features a portrait of author Jane Austen to commemorate the 200th anniversary of her death.

It is set to enter circulation on September 14th.  The note contains a number of particularly sophisticated security measures and will last five years which is 2.5 times longer than the current notes. Since the start of production of the notes back in August 2016 – over 275 million have already been printed but they are still not quite ready to launch.

The current paper £10 note is now the oldest Bank of England note currently still in circulation. This has meant the security features on the note required updating to keep up with technological advances and to prevent counterfeiting. Some of the new notes key features include:

It follows the polymer £5 note and will remain that of the same material which caused controversy last year for containing traces of animal fat. However The Bank of England is currently looking into ways they can make new notes tallow-free. They said they will be, “working closely with banknote polymer suppliers to determine what alternatives might be available”.

By 2020 The Bank of England hopes to introduce a new polymer £20 note into circulation but there are currently no plans for a new £50 note.