Over the last fortnight the GBP/EUR exchange rate has been fluctuating between €1.11 €1.12 as Brexit headlines drive demand. 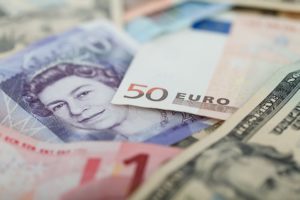 However, GBP/EUR losses were limited as the German composite PMI sank further into contraction territory in September, undermining support for the euro.

Investors were disappointed to find that the composite index slid to 48.5 last month, fuelled by a continued deterioration in the health of the manufacturing sector.

This latest underperforming German release raised concerns that the Eurozone’s powerhouse economy remains on track to enter a technical recession in the third quarter.

Another poor month of factory orders added to this bearishness, with slowing global trade conditions putting further pressure on the German economy.

French President Emmanuel Macron has given Boris Johnson until the end of the week to overhaul his plan.

It would take positive Brexit headline to dispel no-deal Brexit concerns and return the pound to a firmer footing.

However, Sterling could also be pressured lower by domestic data, with the UK’s GDP figure for August expected to show a decline in output. .

A widening of the UK trade deficit could also see the pound fall further out of favour this week given the lack of clarity surrounding the UK’s future trade relationships.

The euro is also likely to feel the heat this week.

We’ve already seen the publication of poor German factory data and a decline in the Eurozone’s Sentix consumer confidence index. EUR exchange rates could be pressured lower if the rest of the week’s data supports the case for further easing from the European Central Bank (ECB).

The US dollar, on the other hand, will be reactive to global risk appetite and Federal Reserve rate cut speculation.