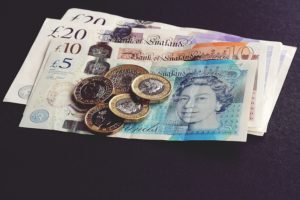 The Pound (GBP) struggled to gain last week after Q3 UK GDP showed the slowest rate of growth in nearly a decade, while ongoing political developments ahead of the 12th December general election continued dominating headlines.

Over the last fortnight the GBP/EUR exchange rate fluctuated between €1.15 and €1.17 as UK political developments continued to drive demand ahead of the 12th December general election.

Political news remains the driving force behind GBP exchange rate movement, with hopes that the upcoming general election could see the Conservatives secure a majority and break the current Brexit deadlock in parliament lending Sterling some support.

However, GBP gains were capped last week as the UK’s preliminary growth figure for the third quarter revealed the slowest rate of growth for almost a decade.

Tej Parikh, Chief Economist at the Institute of Directors (IoD), said: “The UK economy has been in stop-start mode all year, with growth punctuated by the various Brexit deadlines.”

Last Thursday also saw Germany’s economy avoid a technical recession in the third quarter, with the flash GDP figure rising unexpectedly from -0.2% to 0.1%.

Meanwhile, the US Dollar (USD) began to flag after optimism surrounding a “Phase One” US-China trade deal increased following Beijing’s announcement that it would renew its US poultry imports.

Larry Kudlow, the White House’s Chief Economic Advisor, also commented that the mood between the two superpowers was “pretty good” and that they had made “very good progress” towards a deal.

The UK’s political developments will continue to drive the Pound this week, with any signs that the Tories can consolidate their lead in the polls boosting Sterling as a sense of political stability returns.

This Wednesday will also see the House of Common’s inflation report hearings. These could weaken the Pound if the Bank of England (BoE) hints at any upcoming rate cuts due to disappointing inflation data.

Looking ahead to this Friday, Germany’s flash Markit Manufacturing PMI for November could further heighten concerns for the Eurozone’s economy, with Germany’s largest sector expected to remain mired in contraction territory.