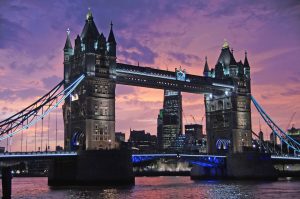 UK opinion polls have suggested the General Election result will not deliver a landslide win for the Conservative party.

US President Donald Trump did not commit to honour Article 5 at the NATO summit in Brussels despite previous indications that he was planning to do so. This unprecedented omission for a new President and a number of anti-German tweets has caused nervousness amongst EU/ NATO partners.

The 14 OPEC members and 10 Non-OPEC countries extended by nine months the period of production quotas. Investors were disappointed there were no further commitments to cut output. Crude oil prices declined below $50/bbl in response.

IAG’s IT outage over the May bank holiday weekend will resulted in cancelled flights for 75,000 customers is expected to cost the airline around £100m.

Hikma Pharmaceuticals reported that its launch of generic Advair will be delayed beyond 2017 and revenues would be $2bn-$2.1bn. GSK rose strongly as factor was cited as determining EPS growth in 2017.

Read the May Newsletter