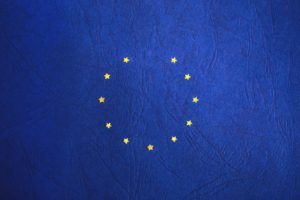 PM Theresa May failed to secure the EU Withdrawal Bill on its third reading. The PM was 58 seats away from securing the passage of her flagship legislation.

Sterling struggled to hold levels above US$1.32 as Brexit uncertainty and speculation that the Brexit impasse could lead to a General Election persisted.

Imperial Brands is on track to meet its 1% to 4% revenue growth target with EPS growth in its 4%-8% target range.

TUI AG said its grounded Boeing 737 Max aircraft will result in an exceptional charge of up to €200m.

Cromwell Corp has approached property developer RDI REIT however talks between the two boards are at a preliminary stage.

AstraZeneca raised US$3.5bn via an equity issue at 6050p per share to fund a breast cancer collaboration with Daiichi Sangko. The placing was the largest fund raising on the LSE year to date and came as a surprise.

Inmarsat agreed to be acquired by a consortium led by Apax Partners for US$7.21 per share. The deal comes a year after the same board rejected a 542p cash offer from Echostar.