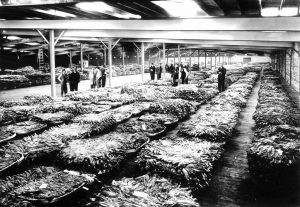 US President Donald Trump attacked Republican senators for not backing his healthcare reforms claiming they “look like fools”. The dismissal of Reince Priebus, White House chief of staff was a surprise. Priebus had the shortest tenure in US history of non-interim holders of that office. The dismissal of Antonio Scaramucci, Communications Director was also quick, just ten days.

BAT completed its acquisition of Reynolds American, the US manufacturer of Camel and Pall Mall for US$49.4bn. The deal involved BAT drawing on a $25bn banking facility.

US Food & Drug Administration set out plans to reduce cigarette nicotine content to non-addictive levels by August 2021. This news which was out of the blue hit the cigarette sector as it would result in declining sales.

HSBC reported adjusted PBT of $11.97bn up 12% and launched a US$2bn share buyback. The board was confident about maintaining its 51 cent dividend commenting that the core HK business is improving.

Provident Financial interim PBT declined 22.6% to £115.3m as a result of disruption from the migration of the home credit business resulting in a £40m impairment charge.

Countrywide announced maiden interim losses of £284,000 and a cancelled dividend as the estate agent worked to cut debt via internally generated cash. Total revenues fell to £333m from £370.3m.