Currency reaction to the French Election

How could the euro’s reaction to the French election impact your business? 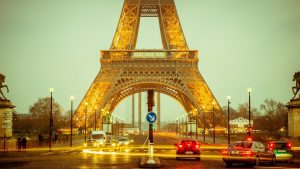 Emmanuel Macron made history on Sunday by becoming the youngest ever President of France. The 39 year old received 66% of votes, compared to far-right Front National leader Marine Le Pen’s 34%.

But how has the currency market reacted to the election result? And how could the outcome impact the profitability and cash flow of businesses dealing with international payments?

Polls conducted in the build-up to the election suggested Macron would trounce his rival, with surveys on Friday expecting the result to be around 62%-38% in his favour.

These strong expectations helped buoy the euro; EUR/GBP hit a ten-day high of £0.8508 on Friday. This was slightly lower than the high of £0.8529 hit after the first round of voting on the 23rd saw Macron and Le Pen advance to the final.

While the euro has experienced some weakening on the back of uncertainty surrounding this election (particularly after the original market favourite Francois Fillon’s campaign was marred by scandals regarding potentially fraudulent payments made to his wife) the euro has been kept supported by confidence that Macron would ultimately win.

Therefore, markets had already ‘priced-in’ a Macron victory; the euro was being traded on the assumption he would win, with EUR exchange rates strengthening in response to the stronger demand.

This means that, following the vindication of the polls, the euro is now falling. This shift comes as investors cash in their profits, having bought EUR on the bet it would be boosted by the defeat of Le Pen.

If your business operates in the Eurozone, weakening euro exchange rates are favourable as they could reduce your costs – with invoices payable in euros requiring fewer pounds to cover than before.

Repatriating profits will become less lucrative, however. Your euros won’t convert into as many pounds; in fact, a transfer of €10,000 would get you -£340 less today than when the EUR/GBP exchange rate was at the high of £0.8780 seen in March.

Political influence on exchange rates is by no means likely to melt into the background any time soon either. Macron has another challenge ahead of him; the legislative elections start next month to fill seats in Parliament. Macron’s En Marche! movement has yet to field any candidates in local or national elections, having only been founded around a year ago. This could make it difficult for the new President to secure a majority.

UK political developments will also affect both GBP/EUR and EUR/GBP exchange rates, and therefore your potential costs and profit, in the weeks ahead.

The pound will become increasingly volatile ahead of the UK’s general election on the 8th of June. If the Conservatives appear likely to increase their majority, GBP exchange rates could climb. However, any signs of Labour making inroads are likely to undermine demand for Sterling.

At Currencies Direct our award-winning service has helped over 150,000 customers save on their currency transfers since 1996. We offer bank-beating exchange rates* and never charge transfer fees or hidden charges.

If you’re looking to make a personal transfer, register and transfer by Thursday 1 June 2017 to receive up to £50 in Amazon vouchers.