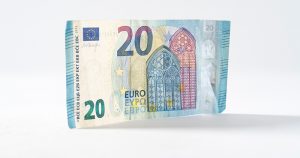 The last month has been pretty rough for the pound as growing Brexit uncertainty has more than offset speculation of a possible rate hike from the Bank of England (BoE).

Sterling has slumped against most of its peers, with the GBP/EUR exchange rate hitting a four-month low of €1.11 and GBP/USD tumbling to its lowest levels since the start of the year.

Of GBP, EUR and USD, the euro has been the best performer over the last four weeks as Trump’s protectionist rhetoric and threats of a trade war have undermined the US dollar.

The pound found itself struggling to advance in February as the currency faced considerable headwinds in the face of growing Brexit concerns.

These worries came to a head following Theresa May’s rejection of the EU’s draft Brexit agreement in late February, with markets fearing that it could lead to a breakdown in talks.

The US dollar, meanwhile, came under considerable pressure at the start of March as President Trump announced plans to implement tariffs on all steel and aluminium imports.

This provoked an angry response from some of America’s key trading partners and stoked fears that the US may spark a global trade war.

This in turn led to investors shying away from the US dollar, cutting short the recovery the currency had begun to make on the back of some upbeat data and hints that the Federal Reserve may implement up to four rate hikes in 2018.

These setbacks for GBP and USD allowed the euro to continue its march higher largely unopposed last month, supported by some robust data from within the Eurozone.

Brexit is likely to remain a key concern for investors over the next few weeks as talks get back underway.

These concerns may take a back seat at the end of March however as the BoE delivers its latest policy meeting, with a hawkish outlook from the bank possibly driving the pound higher.

Central bank monetary policy is also likely to impact both EUR and USD over the next month as both the European Central Bank (ECB) and Fed make their own rate decisions.

The Fed’s rate decision in the second half of the month could be a turning point for the US dollar, with an expected rate hike from the bank and possible hints at further monetary tightening likely to set the tone for USD over the coming month.

For more details on Currencies Direct competitive exchange rates and the exclusive offer for Collins Sarri Statham Clients and newsletter subscribers please follow the link below.