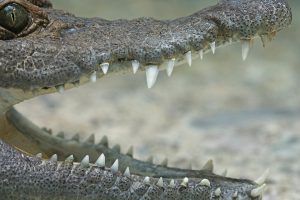 PM Theresa May has called a “snap” General Election for the 8th June 2017 to strengthen the Conservative majority in the House of Commons.

US President Donald Trump unveiled a tax plan that was poorly received due to its lack of detail. There are concerns over its progress in the US Congress given its reliance on $7trn more Federal debt.

Conservative manifesto will promise to cap electricity and gas prices, borrowing a Labour policy. Whilst the wording has yet to be disclosed, shares in Centrica, United Utilities and SSE were hit.

Jimmy Choo has launched a strategic review and announced it was open to takeover offers. Parent co JAB Luxury has also put Bally shoes up for sale.

The Arnault family has offered €260 per share for the 26% minority interest in Christian Dior that it does not already own.

GSK reported Q1 sales of £7.4bn +19% helped by weak sterling but said that earnings growth for 2017 could be flat depending on the timing of the release of generic copycat drugs to Advair.

Tullow Oil completed its 130p per share rights issue, with underwriters left with 4.7% of the new shares.