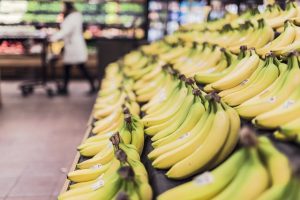 Sainsbury/ ASDA agreed a merger which will see US Walmart hold 42% of the enlarged group.

Glencore had a busy month with CEO Ivan Glasenberg resigning from Rusal following the US move to impose sanctions. Glencore was then sued for $2.95bn by Dan Gertler and freezing orders have been put in place on two of its DRC copper mines.

Takeda Pharmaceuticals fifth proposal to acquire Shire Pharmaceuticals got a tentative nod from the Shire board. The terms are 0.839x Takeda and $30.33 in cash per Shire share.

President Macron admitted that his visit to Washington to persuade US President Donald Trump to keep to the Iran nuclear deal “probably failed”.

Hammerson rejected a revised takeover proposal from Klepierre at 635p per share but facing increasing shareholder opposition then changed its mind on the merger with rival Intu Properties.

Barclays reported Q1 loss of £236m with TNAV declining to 251p from 276p. CEO Jes Staley promised to increase shareholder returns via a share buyback, but did not provide further details.